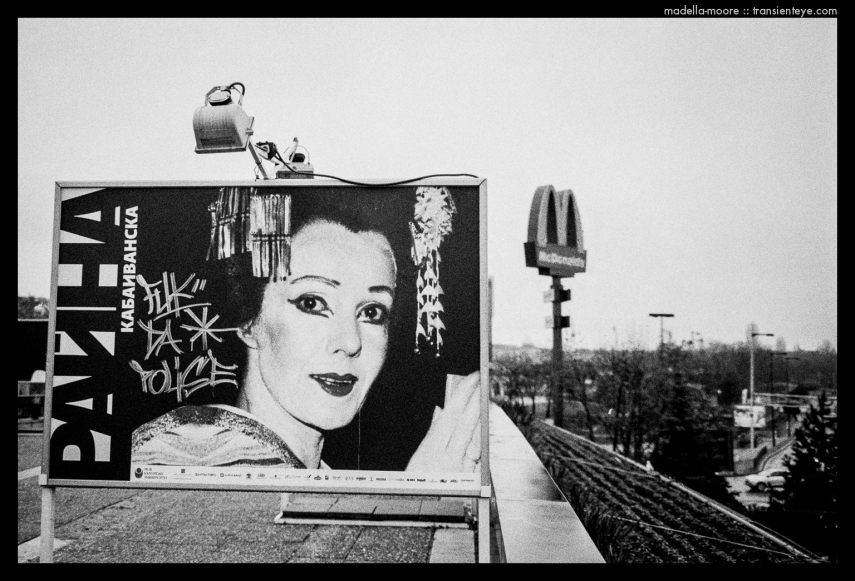 While running around to try to repair the camera, I have been catching up with the scanning and processing of some sets of photographs taken at the end of last year.

This is the first of a short sequence of black-and-white film (HP5+) images, taken just before Christmas in Sofia, Bulgaria.

This was a working trip, and something of a disaster photographically. One mis-loaded film meant loosing most of a day of images (grumble grumble superior Leica engineering…), while the second film was partly destroyed after opening the camera before rewinding the film (grumble grumble idiotic photographer…). Add to this a lot of cold, wet weather and I only managed to get a few images that were taken while on the way to/from work.