Port Vell and the Leica M7 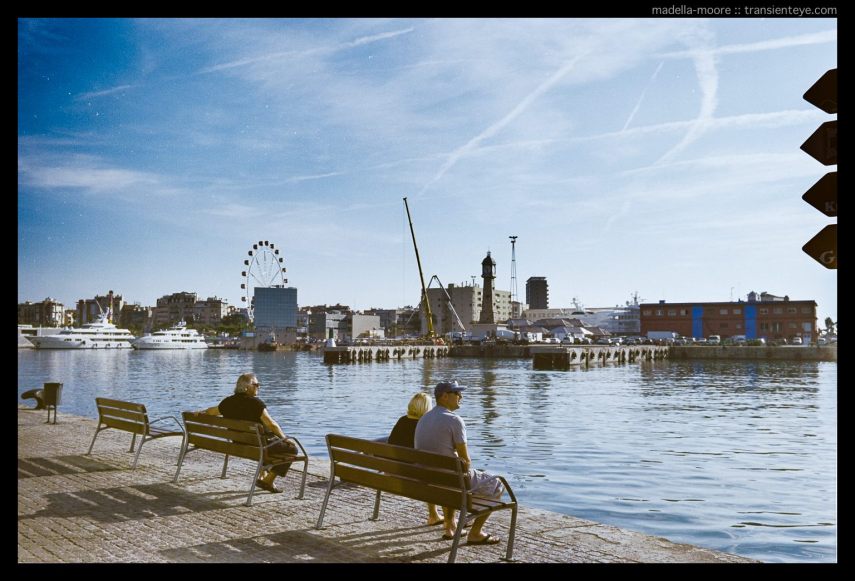 Early morning shot looking towards fishing harbour taken from alongside the Maremagnum at Port Vell, Barcelona.

This is one of the first pictures taken with a newly acquired Leica M7 and 35mm Zeiss Biogon lens. To ensure even less continuity, this was also the first time that I have used Kodak Ektar 100 colour negative film.

Shooting with a rangefinder camera is very much a different experience to a film SLR. The rangefinder itself is very easy to use and much faster to focus accurately than the usual SLR split-screen.Using the viewfinder with glasses is not really a problem for me: the 50mm frame-lines are extremely easy to see, and the 35 usable with care. The 28mm frame-lines are difficult to see while wearing glasses (this is a camera with a 0.72x viewfinder magnification). The reality is that you need an external viewfinder for very wide-angle lenses on this camera anyway. 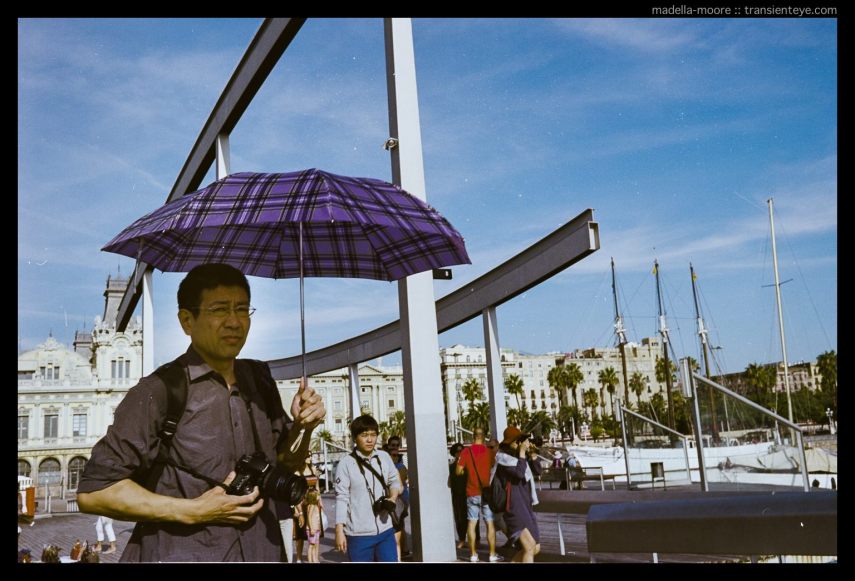 Ergonomically the Leica body  is so-so. A lot of people rave about M-series handling, but in reality modern DSLRs are much easier to hold and control thanks to their well designed hand-grips. The functionality of the Leica is quite basic and the few necessary controls fortunately place much less demand on the handling. A lot of people also rave about the amazing Leica build quality, and while it is good, it is also not significantly better than that of either the old Minolta XD-s (admittedly partly designed by Leica) nor the modern 5D.

The Zeiss 35mm lens is quite amazing. The optics are incredibly sharp, and out-resolve my ability to scan images. The lens is tiny – smaller and lighter than some micro-4/3 lenses, yet covering a full-frame image. It is very easy to use, with clear focus and depth-of-field scales and also a focusing “nub” that should make it easier to pre-focus by feel alone (though this will need some practise to use well).

I think that it is the combination of the excellent lens ergonomics, the speed and accuracy of rangefinder focussing and the relatively quiet and vibration-free shutter that distinguish the Leica system from other cameras. The only significant problem that I have seen on the few shots taken so far is inaccuracy in framing – partly because the viewfinder is inherently slightly imprecise, but mostly because I keep forgetting that I am not looking through an SLR system and ignore the framelines…

Finally, the Ektar 100 appears to be an excellent film, although is proving very difficult to get accurate colour when scanning the negatives. I have tried several different work-flows using Vuescan with a Plustek 7600i scanner, but have yet to find one which is both reliable and fast enough for regular use. In the end, the images shown here were produced by photographing the negative using a DSLR with subsequent processing in Lightroom using a custom DNG profile as this ultimately was quicker and easier. 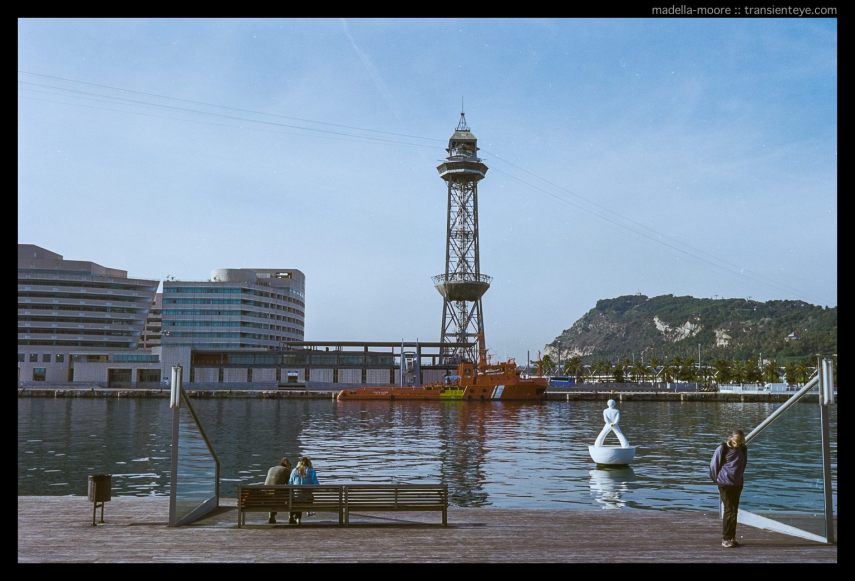