Spain’s massive COVID spike not withstanding, it is now at least possible, if not necessarily advisable, to go out and photograph on the streets again. These are some of the images from the initial attempts to resume the Barcelona Dark project. 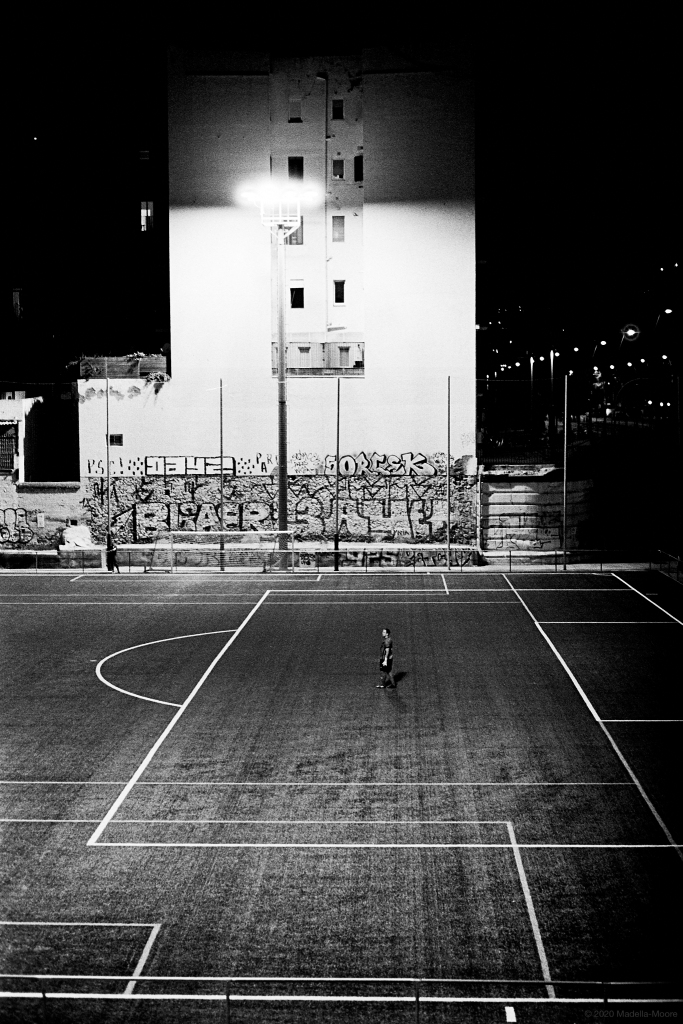 In fact, getting back to photographing at night again is proving somewhat challenging. Having moved home more or less during the worst of the pandemic earlier this year, the surrounding area is different and needs a different approach to photography. I also feel like I have lost a lot of confidence when out shooting: a six month break is a long time.

But compounding this is the reality that the streets are now very different from what would have been the case had the virus not gone on to wreck havoc. The most obvious difference is that everywhere now very much emptier than before, albeit with some exceptions. 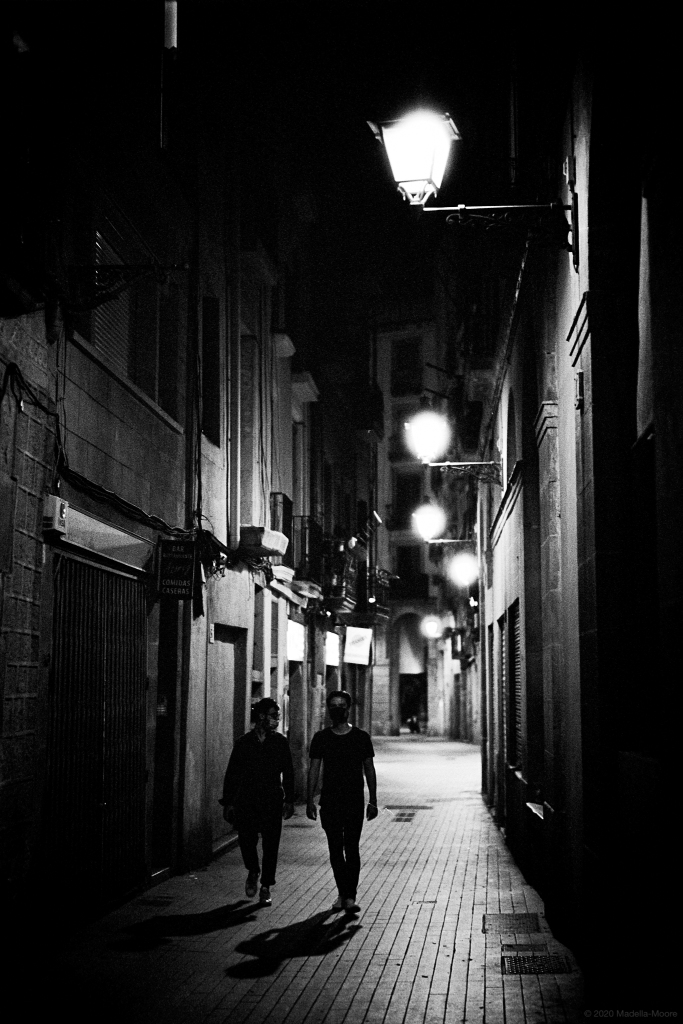 People are also seem to be harder to photograph than before. Many now automatically go out of the way to avoid you as part of the 2m minimum distancing guidelines. It is hard to argue with that, not least because I am doing the same, but it does make using a wide angle lens to get interesting pictures safely more challenging.

Curiously, the 2m rule only seems to be observed when walking. But once arrived, no one seems to care about either distancing or mask wearing. Scenes such as the following, shout outside of the MACBA, go a long way to explaining why Spain is again seeming the worst rate of new infections in Europe:

In taking pictures here there were a number of people evidently nervous at being photographed, with one approaching me to confirm that I was not some kind of official. It is hard to know if this was because of the large unmasked gathering, or because of other activities that might want anonymity (drug dealing on the streets is not uncommon here, for example).

As usual, all images were shot on 400tx and processed in XTOL stock for EI1600. I think that all the selected photographs were shot with a 50mm lens.