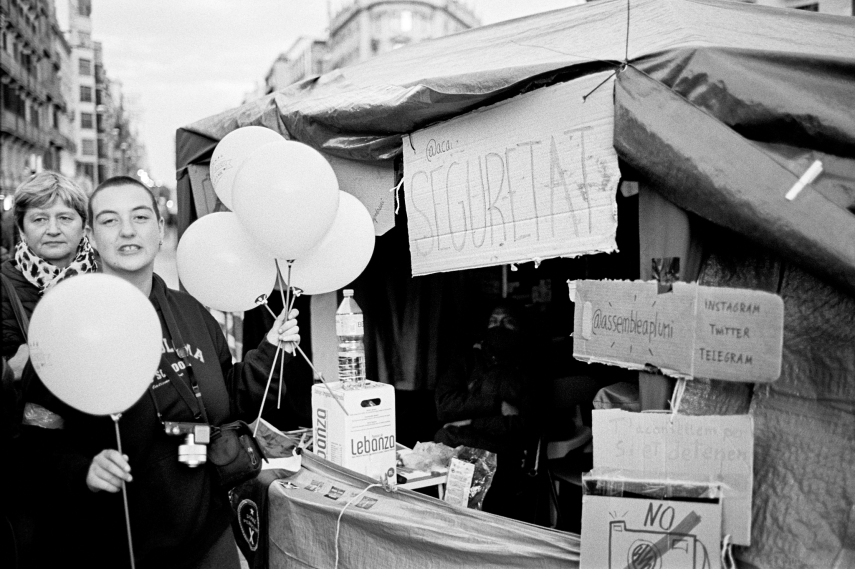 A short set of images from the independence backing encampment in Plaça Universidad, which was recently disbanded after more than three weeks of blocking traffic and a key public transport interchange in the centre of the city.

The protest was yet another triggered by the sentencing of regional politicians following the events of the illegal referendum and unilateral declaration of independence. Ostensibly a student protest, in fact it was ultimately taken over by political activists connected to CUP, ERC and anarchists. The camp deliberately blocked one of the main highways in central Barcelona, but gradually lost impetus after weather conditions deteriorated. It was eventually disbanded by police in a largely peaceful action. It is not entirely clear what motivated the city police to act after such a long time, but one suggestion was that there was an emergency call claiming sexual assault in the camp. The police found that many of the tents had been abandoned, and the camp was in the process of being colonised by homeless people.

The aims of the protest were many and varied, but could be summarised as a set of anti-fascist goals. The difficulty with this, however, is that for these groups in Catalunya, the definition of a fascist is essentially anyone who does not support the independence movement. Similarly, demands for a free and unbiased press ring very hollow given the use of of the Catalan television station, TV3, as a propaganda arm of the regional government. “Unbiased” means in this case “pro-independence”, and it is interesting to contrast this demand with the numerous banners trying to ban photographs of the encampment and a recent local protest by the press themselves against intimidation and violence by people seeking to control the media’s story. 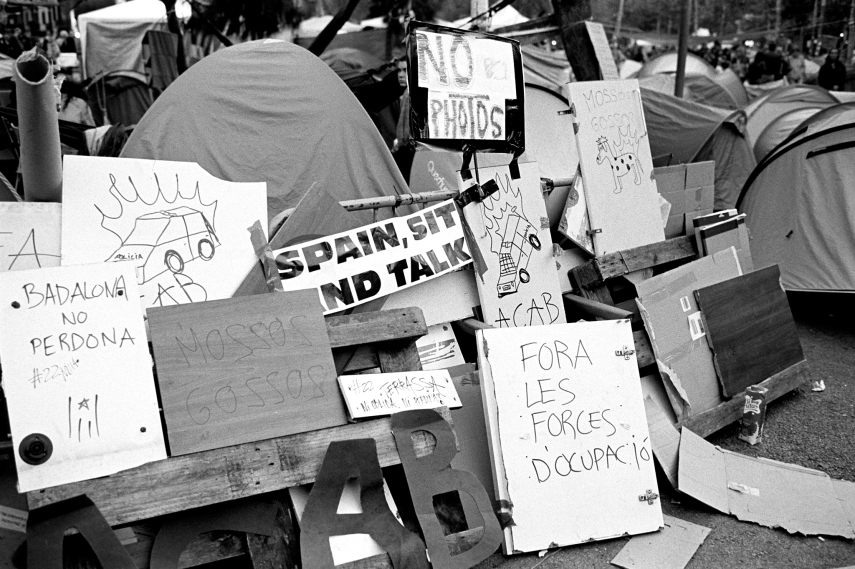 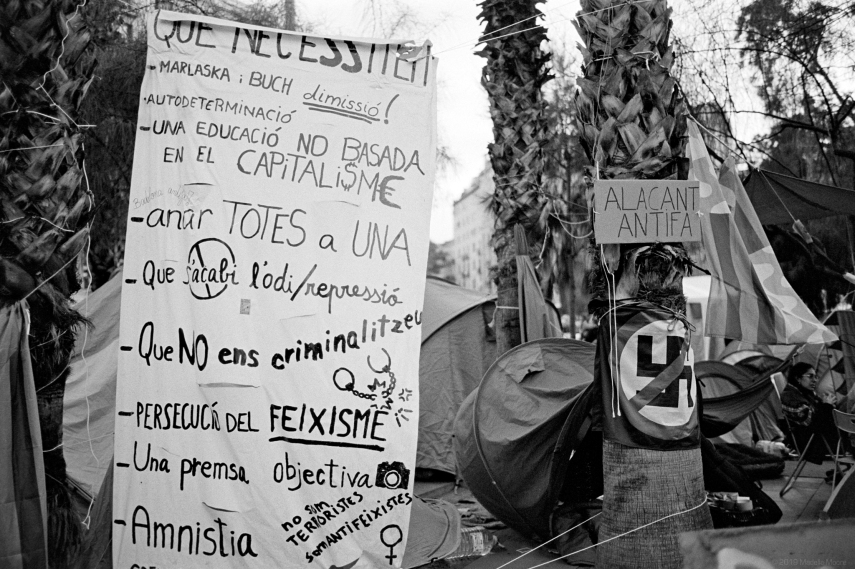 The existence and disruption caused by this protest would have been intolerable in any other major European city, and it would have been shutdown long before any action was taken in Barcelona. That it was not is just one of many examples of how the protesters’ claim that “Spain is a fascist state” is absurd.

Indeed, if fascism is at its heart the imposition of a minority ideology on the majority by force, how should the Catalan independence movement’s most recent actions be regarded?