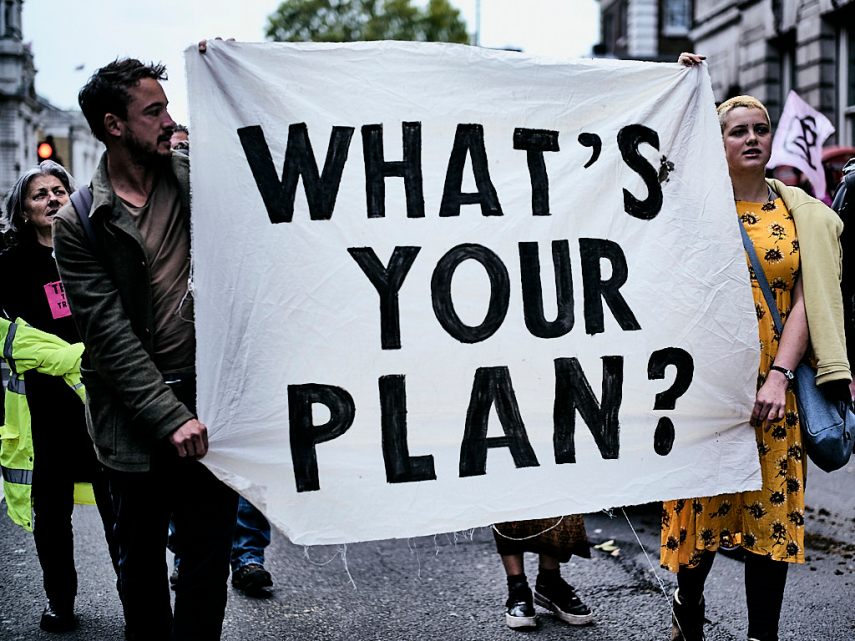 It is election day in the UK, as the country is asked to choose new MPs and a new government.

Democracy functions by providing people with a choice of candidates and policies, backed by clear and accurate information about the options that are available. But this general election presents us with two deeply flawed party leaders and a standard of campaigning that the phrase “post truth politics” does not even begin to describe. 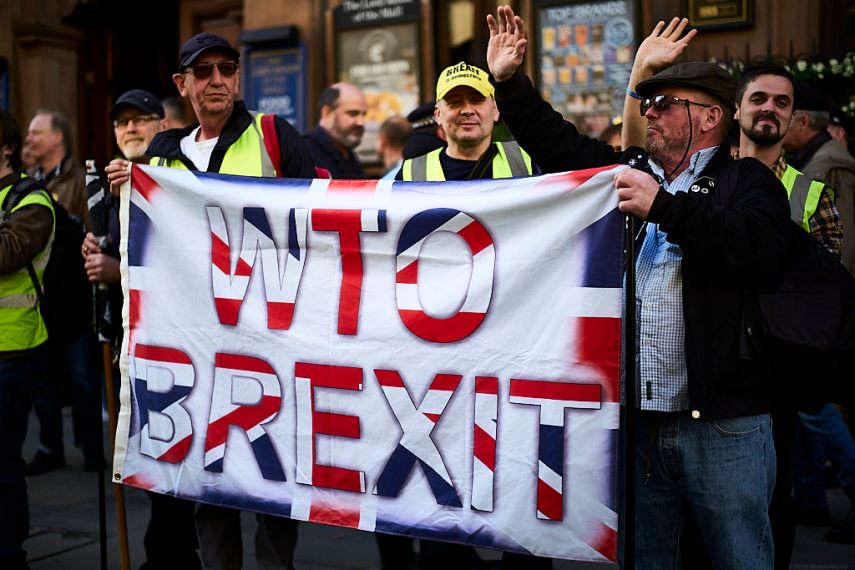 The Conservatives have run a campaign based almost entirely outright lies and misleading representations. With ten times as much funding as the Labour party, their professional media operation has ad nauseum repeated the vacuous phase “Get Brexit Done”, with Johnson claiming that if he is elected Brexit will be over by the end of January. This is a lie.

The withdrawal bill is only the first step in the exit process, and in principle the easiest part. There is no “deal” that it provides, but rather it simply codifies the legal end of the UK’s membership and the start of a negotiation process for a new relationship with Europe. It will be the beginning of many may more years of uncertainty over what that relationship will be – and it introduces a new cliff edge where the UK could exit the transition period at the end of 2020 with no new trading arrangements in place.

Brexit will have the greatest impact on the young, who loose the right to live, work and study across the EU.

Johnson claims that of course a new trade deal can be agreed and ratified with the EU by the end of 2020. This is also a lie.

The fastest trade deals ever negotiated by the EU have taken around three years, and given the required scope of this negotiation, the expectation is that a comprehensive agreement will take much longer. There are a vast number of painful economic and political areas to be addressed: fishing rights, manufacturing, financial services, food standards, Gibraltar, aviation, security cooperation, legal oversight, level playing field provisions – and many many more. The UK will be negotiating from a position of weakness, and every other EU nation will have the right to veto any agreement.

Politicians on all sides have the lowest public ratings in history.

Johnson’s political campaign has been appalling. He has a long history of racist and homophobic writings (“pickaninnies with water melon smiles”, “tank-topped bumboys”, “pilar boxes”). He demonises EU citizens in the UK, calling for action against to stop foreigners “feeling at home” in the UK, and presenting them as a burden on the NHS (in fact, EU nationals in the UK on average pay more tax than UK nationals, while the UK’s failure to charge so-called “health tourists” is a problem of UK governance, not EU law).

Vacuous slogans are the defining feature of Brexit.

It is almost impossible to write about the mis-representations and outright lies from Johnson, because there are too many to cover. Recent examples include the claim that his “great” Brexit deal does not impose an internal economic border between Northern Ireland and the rest of the UK (it explicitly does), boasts of 50000 new nurses for the NHS (when 18000 of that number are existing nurses who will be persuaded not to leave), and claims of building 40 brand new hospitals (when there is only money for six, the majority of which are refurbishments rather than new facilities).

But of course, the biggest lie is that Brexit is a fantastic opportunity that will benefit every British citizen – a lie so vast that even Johnson seems to falter when saying it today. 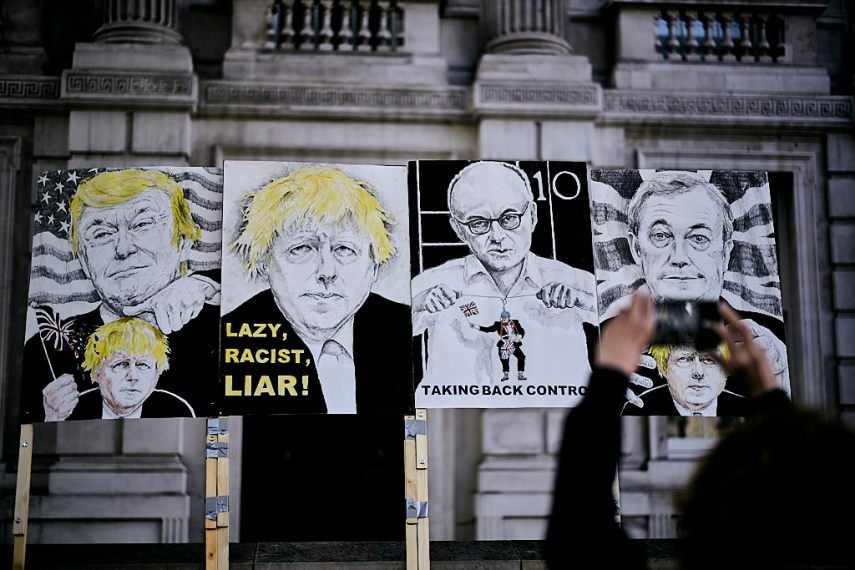 Johnson has been sacked from both the Times newspaper and from government for lying. When confronted with a cell phone image of a child left laying on the floor in hospital due to a lack of bed-space, he ignores the problem and instead grabs the reporter’s phone and puts it in his pocket. He consistently avoids interviews and scrutiny, and on the occasions that he has been interviewed he refuses to answer even simple questions such as how many children he has. When Channel 4 or the BBC highlight these issues, he threatens them with reviews of their broadcasting licence and he attacks their funding. Furthermore, the Conservative manifesto makes references to “reforming” the constitutional role of the judiciary, suggesting that Johnson would further weaken the already inadequate democratic safeguards that exist in the UK.

Johnson is not a fit person for any senior job, let alone Prime Minister. Were he a corporate CEO, and the election campaign a funding prospectus, Johnson would face serious legal consequences. No profession other than politics would tolerate his malicious self-interest and dishonesty.

The second contender in the election is Jeremy Corbyn.

In normal times, the opposition should have romped ahead thanks to the disastrous governments of Theresa May and Boris Johnson. Yet, somehow Corbyn has managed to achieve even lower public opinion ratings than either Conservative.

Corbyn has run a lacklustre election campaign, marred by ongoing issues of antisemitism and a position on Brexit that is absurd. Labour’s latest official position is that they would go back and negotiate yet another withdrawal agreement, then put this to a public referendum in which Corbyn would be officially neutral. It is very unclear exactly what would be negotiated, and if Corbyn believes in his hypothetical negotiated withdrawal agreement why would he not support it?

To be a politician is to choose and take responsibility – but apparently not if your name is Corbyn.

Labour has been criticised for manifesto policies that would dramatically expand government spending to support the NHS, address social issues and housing, and more controversially re-nationalise public facilities such as the rail system. I do not think these criticisms are entirely valid, as the proposed increases would still leave the UK spending less than other major European social democracies such as Germany or Norway. But there is an inherent contraction in attempting a huge expansion of the state while simultaneously enabling Brexit with the heavy economic cost that entails.

Compared to Johnson, Corbyn is generally truthful and appears genuinely to want to serve the needs of most people. But few have confidence in his ability to deliver, and if his primary weakness is an inability to lead, it is ironic that his actions behind the scenes to purge those not ideologically behind him appear every bit as ruthless as Johnson’s actions to remove centrist MPs from the Conservative party. Such retreats in to  ideological dogmatism – on both left and right – are the refuge of intellectual midgets who are unable to navigate the complexities of 21st century political, economic and social issues.

As with Johnson’s relationship with Dominic Cummings, Corbyn stands in thrall to the far-left Seumas Milne and union leader Len McCluskey. Much of his often contradictory behaviour likely results of the push-pull from those closest to him. UK politics would be in a far better place today if political direction came from elected MPs rather than unaccountable advisors. 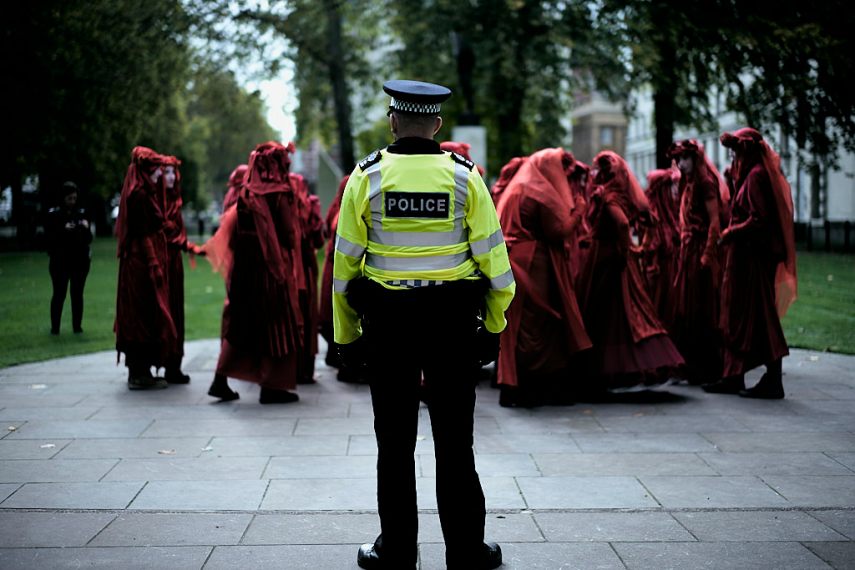 Whereas Johnson wants to remake the UK in the image of Donald Trump’s America, Corbyn wants to return it to the 1970s. It is a dismal choice, and there is no pragmatic centrist option with any prospect of success.

The best hope is for another hung parliament, forcing the resolution of the Brexit question through a confirmatory referendum, taking the choice out of the politicians’ hands. The only way to “Get Brexit Done” is to Stop Brexit and avoid years of subsequent self-inflicted political and economic pain. Only then can the UK move on and deal with the real issues of the NHS, the climate crisis, homelessness and poverty.

At time of writing, Johnson looks set to secure a majority of around 30 seats, even though only about 1/3 of the electorate will vote for him. There is no realistic chance of a government lead by Corbyn.

If you genuinely want to stop the consequences of Brexit, support the NHS and avoid five years of a Johnson government based on populist lies and far-right ideologies, the only option in this election is to vote tactically.

Climate protesters. Thanks to Brexit, there will be no political bandwidth to deal with key issues such as climate change, poverty or the NHS.

Postscript, Friday 13th December. People are waking up to what can only be called a landslide victory for Johnson, with a majority of close to 80 seats. The Labour vote has collapsed, with their worst showing arguably since the 1930s. There is not much to say: the British people preferred a liar, racist and narcissistic populist over Corbyn’s far left antisemitic-tainted dithering.

Johnson will take his majority as a mandate to do what he likes on Brexit, even though though more than 50% of votes were cast for parties explicitly against it. This is a consequence of the UK’s first-past-the-post electoral system that suppresses smaller parties and leads to government majorities that do not reflect the overall vote.

Political commentary this morning has centred on two issues: firstly that no one seems to have any idea what Johnson’s policies are other than giving assent to his withdrawal bill, and secondly that the massive gains of the SNP in Scotland and to a smaller extent Irish unity parties make the threat of a break up of the UK more likely than at any time in the last century.

Exactly what happens now depends on whether Johnson takes a soft or hard approach to Brexit. That no one knows what that will be is a damning indictment of the vacuous populism through which this election was won.