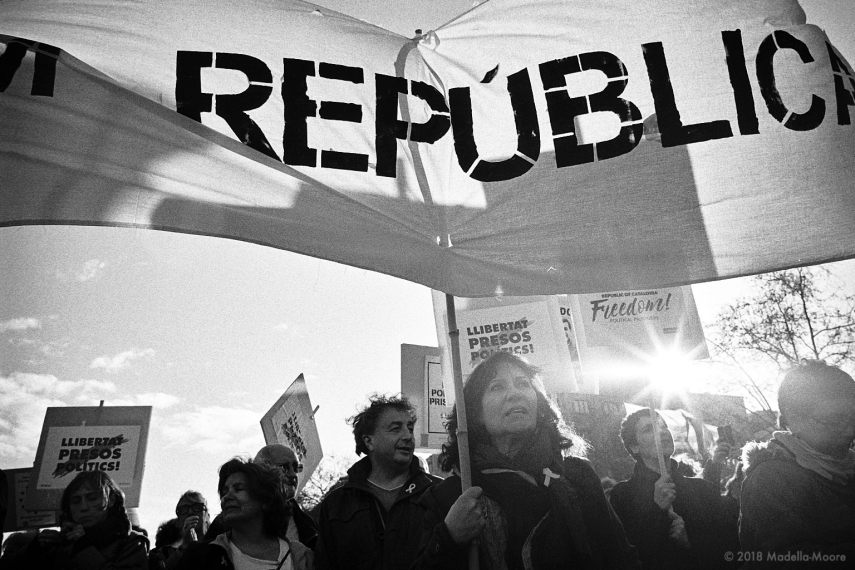 The use of Article 155 to suspend autonomous rule in the region has effectively blocked the indirect channeling of government finance (via cultural associations) to support events such as these, with the result that banners are being recycled or even hand made. This is in contrast to the piles of professionally produced posters that were routinely handed out at events earlier in the process.

In these images, the protesters are mainly campaigning for two issues: to free the “political prisoners” and to end the application of Article 155.

The use of the phrase “political prisoners” is an example of how language is being distorted by the relentless propaganda generated by the independence movement. The people currently in jail are being held not because of their ideas but because of their actions, which have violated both Spanish and Catalan constitutional law. There are legitimate arguments to be made about the right of the state to detain without trial for such a long period (this was ruled by a judge due to the risk of flight or re-offense, the reality of which can be seen from Puigdemont’s actions in self-exile), but these are not “political prisoners” in the generally accepted sense of the phrase, and the laws that they have violated have broadly comparable equivalents in most European countries. Such linguistic distortion does a great injustice to genuine political prisoners (for example, in Egypt) and is propaganda intended to solidify popular anger against the central government in Madrid.

Similarly the demand to end the use of Article 155 is disingenuous. Article 155 suspended autonomous rule in Catalana, after the Catalan government was dissolved following its illegal unilateral Declaration of Independence. It was made clear that it would cease to apply once new elections had been held and a new government appointed. Those elections were held in December, yet four months later there is still no government due to the deliberate political strategy to refuse to propose a viable candidate, suggesting instead that either people in jail should be appointed or the self-exiled Puigdemont himself. The intention has been not to construct a functioning government, but to maximise popular anger against Madrid.

The deadline at which new elections will automatically be called is rapidly approaching, and it looks likely that the hard right-wing nationalist and xenophobic politician Quim Torra will be elected by simple majority this Monday. If elected he has vowed to push on with unilateral independence regardless of the law or the wishes of the majority of people who live in the region. This is the politics of Hungary or Turkey, not of a modern, developed liberal or social democracy. 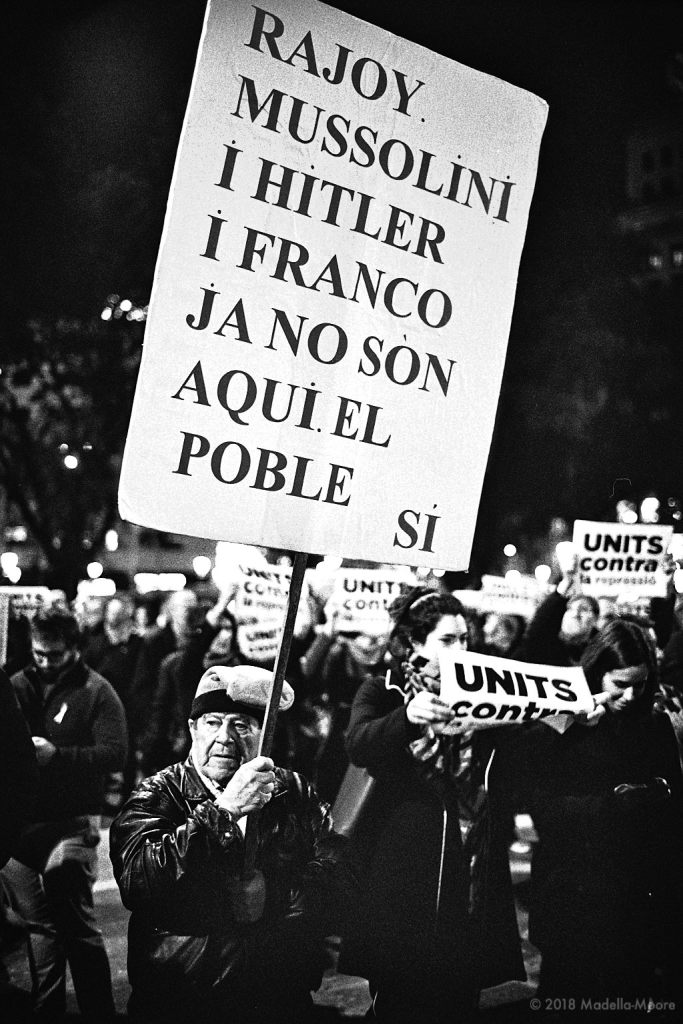 None of this is to claim that everything is fine with Spain, which (together with Catalunya) suffers one of the worst records for political corruption in Europe, and which has failed to address the still unresolved legacy of Franco’s brutal reign.

But instead of working to address such problems, the independence movement works primarily to create greater societal polarisation and division for purposes of advancing its own power. For example, none of the protesters that I spoke to could explain how Article 155 was affecting them personally (its primary effect, other than to trigger new elections, has been to dismantle Diplocat, the Catalan government’s failed attempt to establish international diplomatic relations in support of an independent Cataluya). Article 155 is deemed wrong simply because it is “from Spain” and therefore by definition “repression”.

The appointment of politicians such as Quim Torra will only work to amplify the nationalist xenophobia, and the result will be increasing levels of violence and, eventually, terrorism. Catalunya has seen this before in the form of Terra Lliure. While this group disbanded in 1995, many of its members subsequently joined the Catalan political party Esquerra – which is one of the main political blocks responsible for the current independence chaos.

It is hard to believe that any independence seeking Catalan can see this as the genesis of a society that anyone would want to live in. 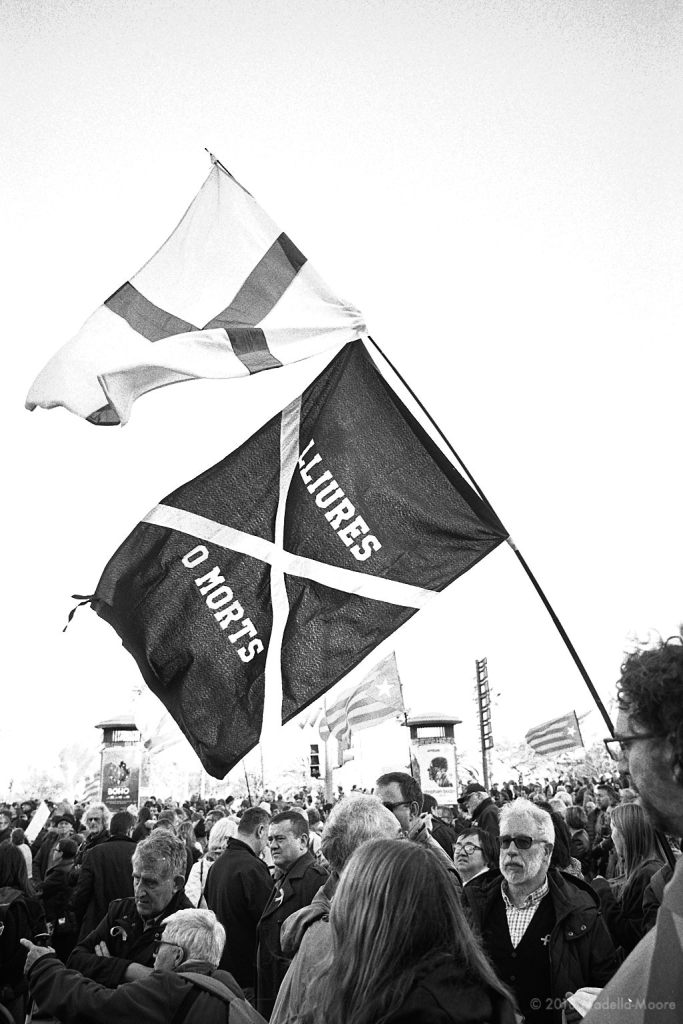 Photographic notes: all images were shot as usual with the Leica M7 and 28mm Summicron on Ilford Delta 400. The night shots were exposed at EI1600 and push-processed in DD-X 1+4.