A set of images taken at the three protest encampments in Plaça Catalunya, Barcelona.

In February, the independence movement secured permission to mount a protest in Barcelona’s main city square, with dozens of campaigners camping out and distributing propaganda. This ran from early in February until the campers were finally removed in mid-April.

Unfortunately for the independence protesters, the city council can not legitimately turn a blind eye to one set of people camping out while denying a request from another.

So before long, there was a smaller anti-independence camp constructed, along with a regular propaganda stall selling Tabarnian flags, pins and mugs. Although significantly smaller, the Tabarnian group clearly attracted more interest than its independence oriented counterpart – likely because of the campaign fatigue that is now setting in. The two sides sat on opposite sides of the square, which is large enough to keep them well separated. 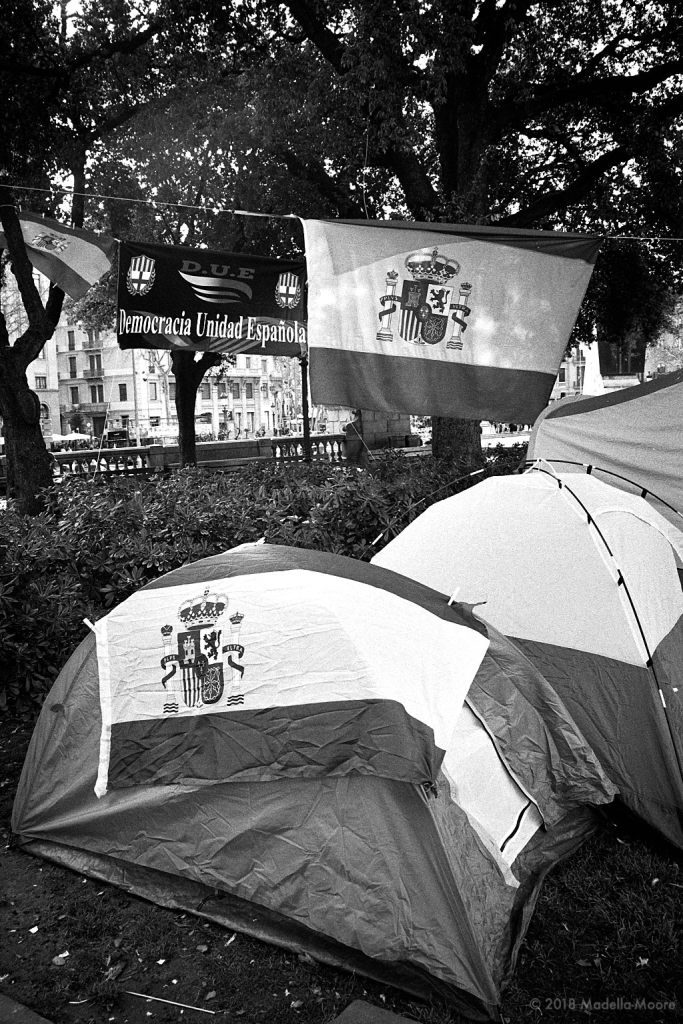 The third encampment, constructed along the edge of the square separating the pro-and-anti-independence groups, was a protest against homelessness in Barcelona. As such, it was the only group for which camping was an appropriate way of demonstrating. It is currently estimated that there are between 3000 and 4000 homeless people sleeping rough on the streets of Barcelona, reflecting the appalling level of social support provided by many wealthy western countries today.

Equally appalling was that this group was largely ignored by most people passing through. While the political stands were usually surrounded by people, there was almost never anyone taking information or making a donation to the homeless. This is Barcelona’s greatest shame, where farcical political movements receive official money and popular support, yet people who are genuinely in need get essentially nothing. In the longer term, the situation may improve with Ada Colau’s proposed construction of new social housing – but given the political instability in Catalunya there are few guarantees as to when or if this will be completed, or if it will be managed appropriately for those most in need. 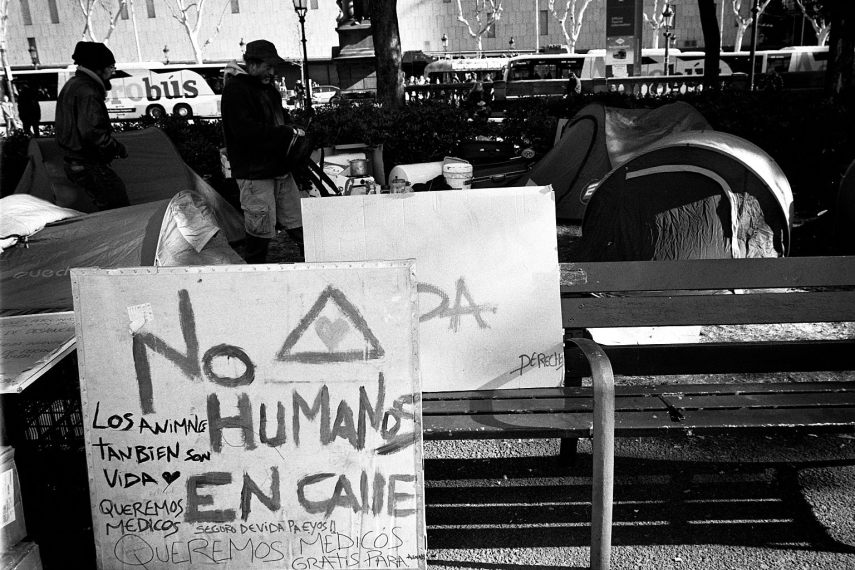 I asked one couple if I could take their photograph:

But when I returned to give them a copy, the encampments had been removed.

Today, even if there are no more tents, the protests are still continuing. The city council continues to allow a large permanent independence propaganda stand but has seemingly blocked equivalent requests from pro-union groups.

More worryingly, the homeless camp has been replaced by a hunger strike in protest at the treatment of those with no choice but to sleep on the streets. Yet it is still largely ignored in favour of the other people with their brightly coloured Esteladas and political slogans.