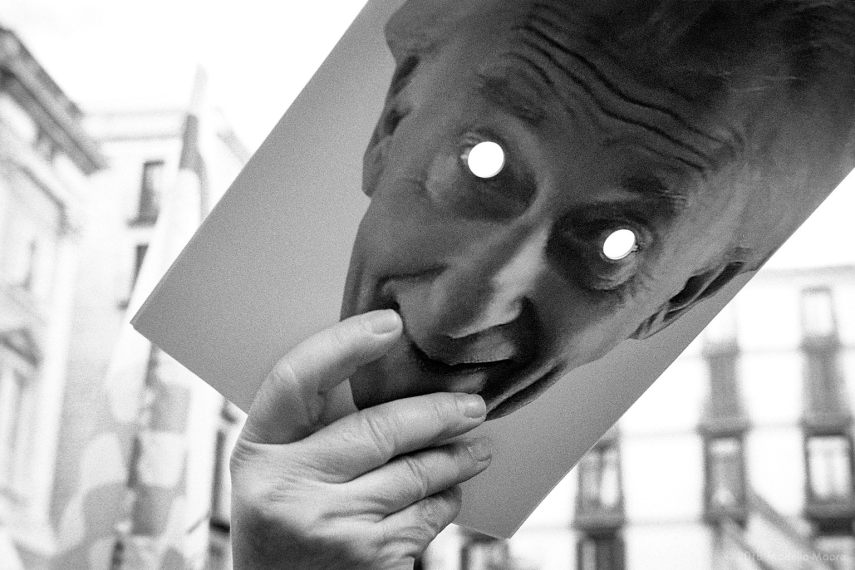 An update on the Catalan independence protest with a set of images taken on a March march against the independence movement, led by the Tabarnian movement.

Tabarnia is a fictional region, which is seeking independence from Catalunya. It is a satire of the Catalan independence movement which has gained substantial popular support.

Tabarnia is a portmanteau of Tarragona and Barcelona – the two large coastal towns in which the independence movement is a minority.  Its boundaries are chosen arbitrarily to support those who oppose Catalan independence, parodying the very concept of Catalunya itself that (unlike, for example Scotland) has never existed as a truely independent nation in the form that we see today. Catalunya’s boundaries are defined primarily by political and linguistic influences within Spain rather than by historical borders. 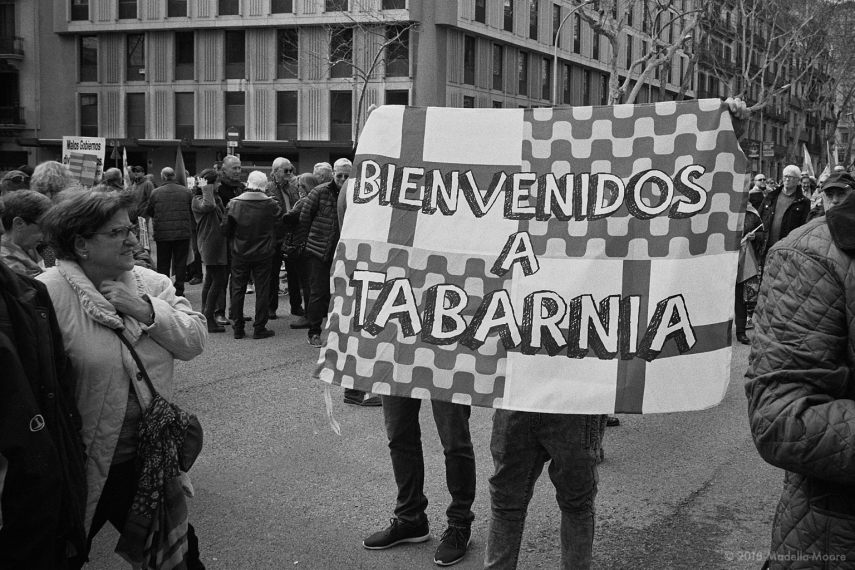 Tabarnia is led by its own president in exile, the playwright Albert Boadella, nicely parodying Carles Puigdemont in his self-imposed exile from the Spanish Justice system. It has its own flag design, combining local elements with an image of Sant Jordi slaying a nationalistic dragon. 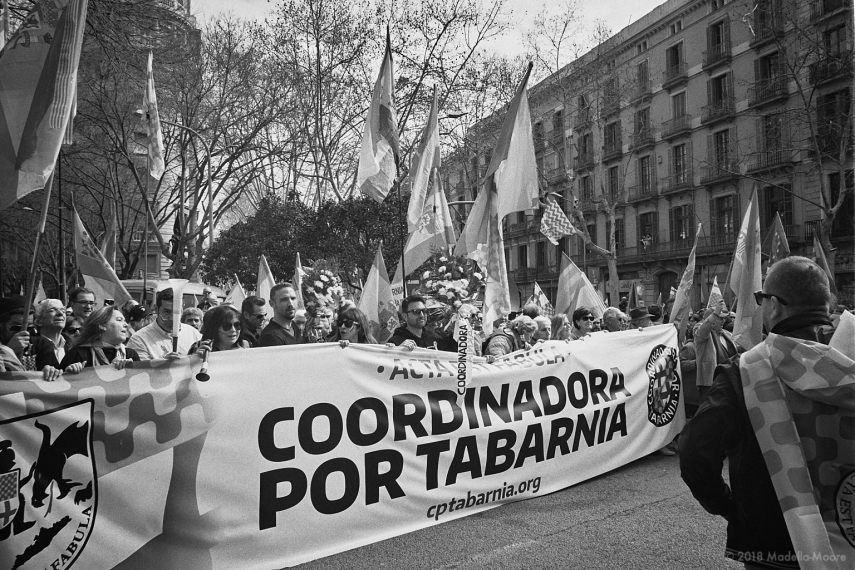 It is a direct challenge to the secessionists, for whom Estelada flag waving is an integral part of their campaigning and identity. 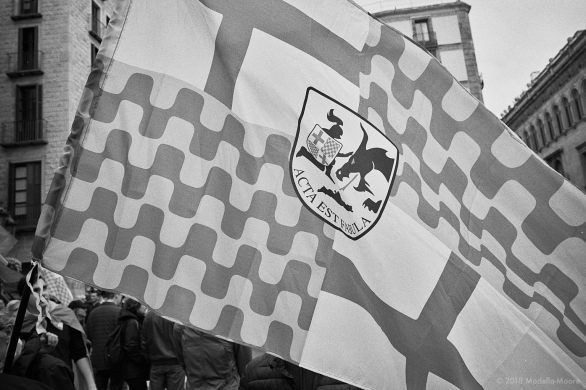 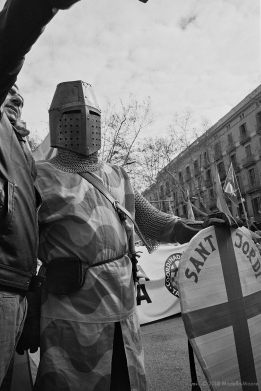 Tabarnian campaign slogans typically take independence phrases such as “Espanya nos roba” (Spain robs us – a reference to Catalunya being a net creditor to the Spanish state due to its relatively successful economy) and invert them in to “Catalunya nos roba”. Like all good satire, there is an element of truth in this, because most of Catalunya’s economic wealth comes from the Tabarnian regions and Tabarnian taxes subsidise rural areas. 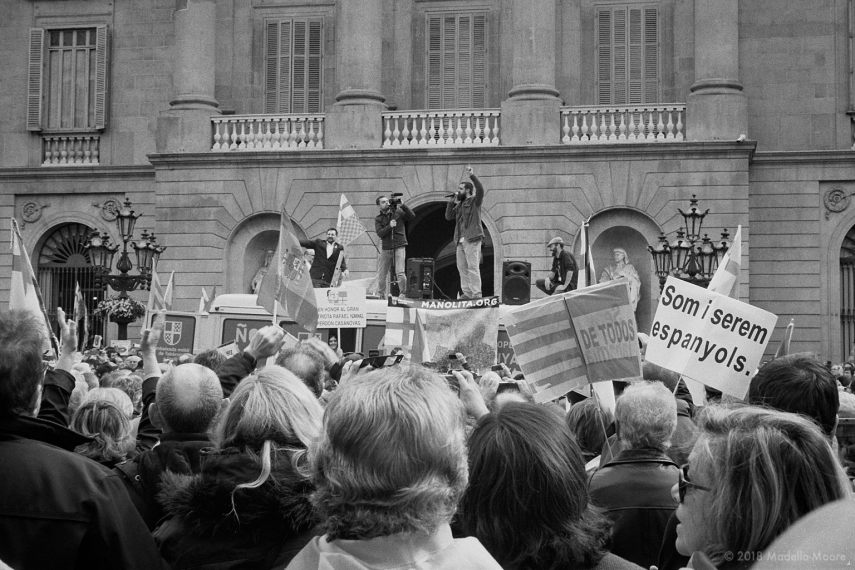 Campaigners speak standing on a van. Tabarnia is a popular reaction to the secessionists, and clearly lacks the substantial financial resources available to the secessionists from years of regional government “cultural” funding in support of independence.

Another example is the way that Tabarnia inverts the secessionist claim that there is no “democracy” in Spain (because under Spanish constitutional law Catalunya can not unilaterally decide for independence). Tabarnia mirrors this by pointing out that in fact Catalunya violates its democracy, thanks to electoral laws that grant a greater weighting of the vote in rural areas, which politically are more nationalistic than urban regions.

For example, a vote for the Catalan parliamentary elections in Lleida carries 2.3x as much weight as the same vote cast in Barcelona – with the result that the nationalist coalition has a majority of seats in the parliament despite being backed by only a minority of voters. Puigdemont’s unilateral declaration of Catalan independence was therefore the action of a political minority imposing its will on the majority – a very particular Catalan interpretation of the concept of “democracy”.

The secessionists are quick to dismiss the Tabarnian campaigners as fascists, a label that seems to be applied to anyone that disagrees with independence. While there are some far right-wing elements using the Tabarnian concept, there is little sign of them on the streets. Most of the people I have seen are good natured, and are campaigning against many of the same things that the secessionists protest – such as police violence and the continuing application of article 155, which has suspended autonomous rule in Catalunya pending formation of a legal regional government (currently blocked since December by internal Catalan politics, not by Spain). 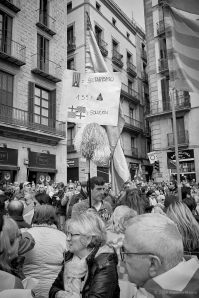 No to sectarianism and Article 155. 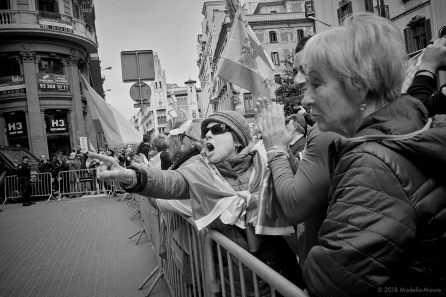 Outside of the Policia Nacional, Via Laietana, Barcelona. 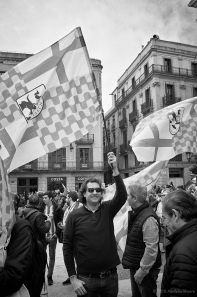 Tabarnia at its core is a hugely successful satirical protest against the sectarian nationalism that is causing deep and lasting social, political and economic damage in Catalunya.

Unfortunately, it is difficult to tell if this is a symptom of deepening polarisation in the region – or if it too will become yet another cause.