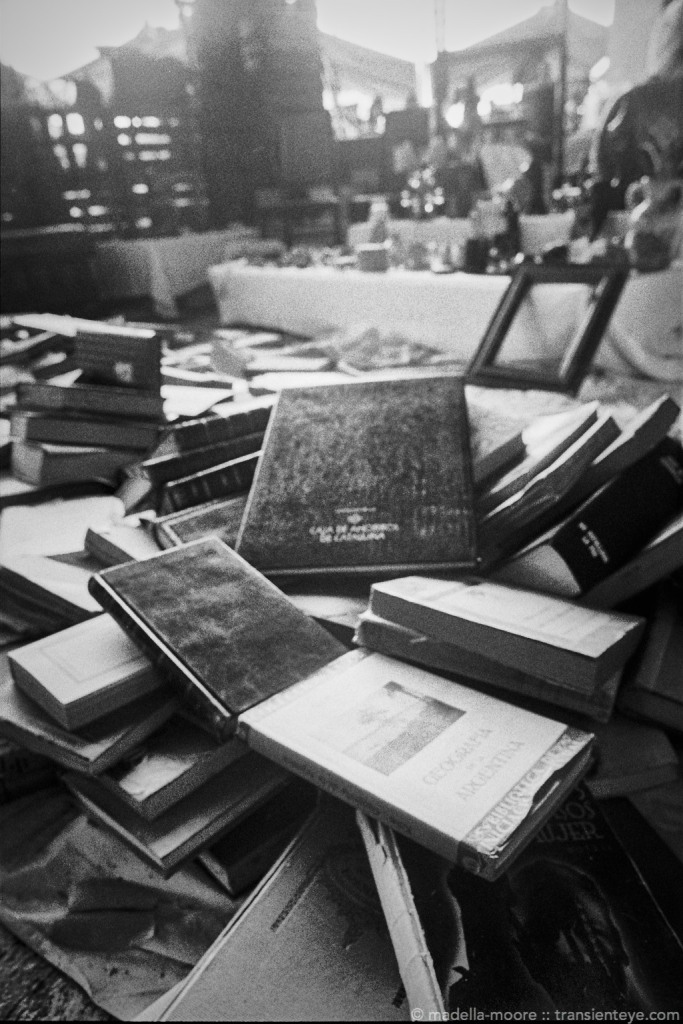 This is a market whose origins date back to the 14th century, yet which is now housed in a new ultra modern permanent building. Despite the architecture, the market retains much of the character that you might expect if you were to mix a 14th century trading style with 21st century goods.

The aim was to capture some candid images of people browsing the second hand books, furniture, ceramics and general bric-a-brak: 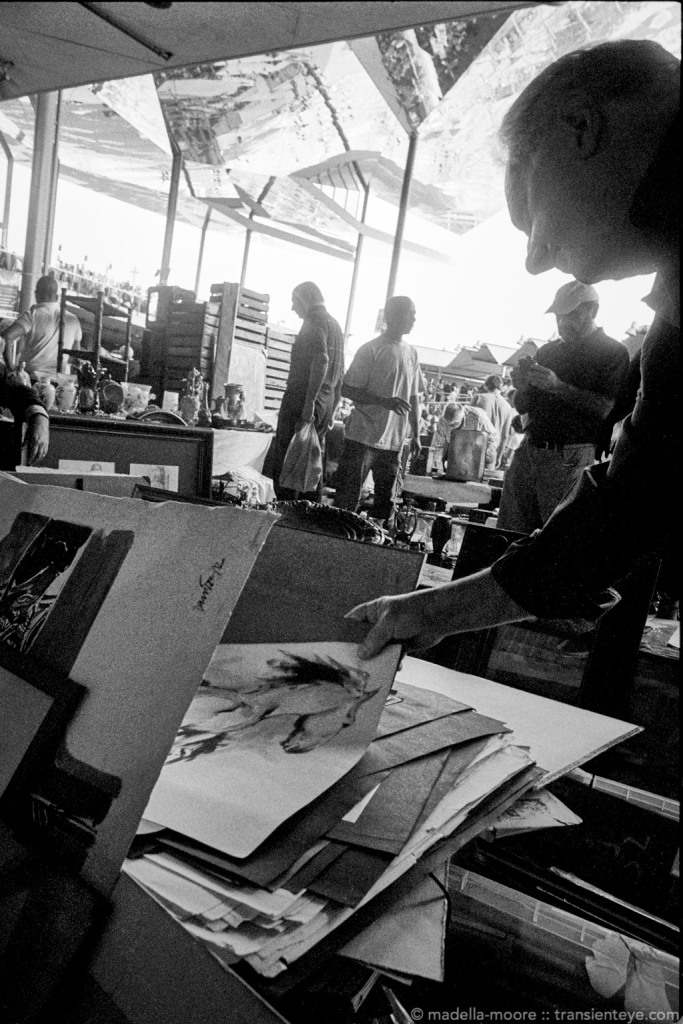 It is quite a difficult space to photograph in due to the deep shadows and bright sky areas. There are quite a lot of very characteristic features, from the chaotic goods thrown on the ground through to glimpses of the mirrored roof and the nearby Torre Agbar. Add to that a dense crowd of very active people, and capturing some sense of all of this in a few short black-and-white photographs is challenging. 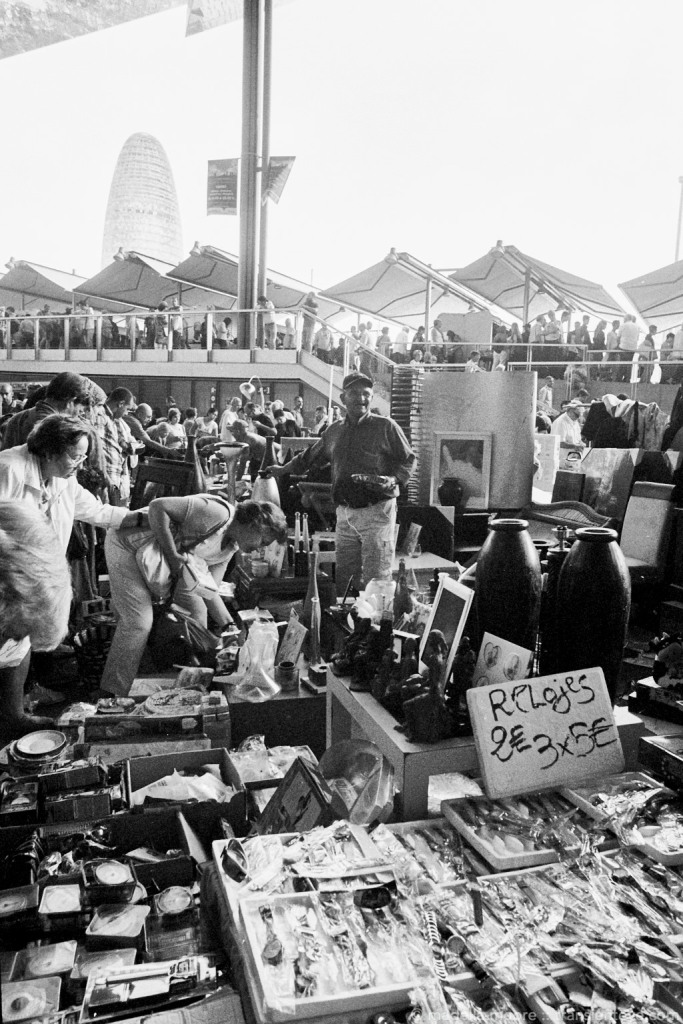 These images were all shot on HP5+ exposed at  ISO 300, with a 24mm wide angle lens shot mostly wide-open to get a usable shutter speed. The film handles the dynamic range in the scenes quite well, and probably better than the film scanner in this case.

The wide-open lens gives a very soft image, and is fast enough to even slightly blur distant objects. 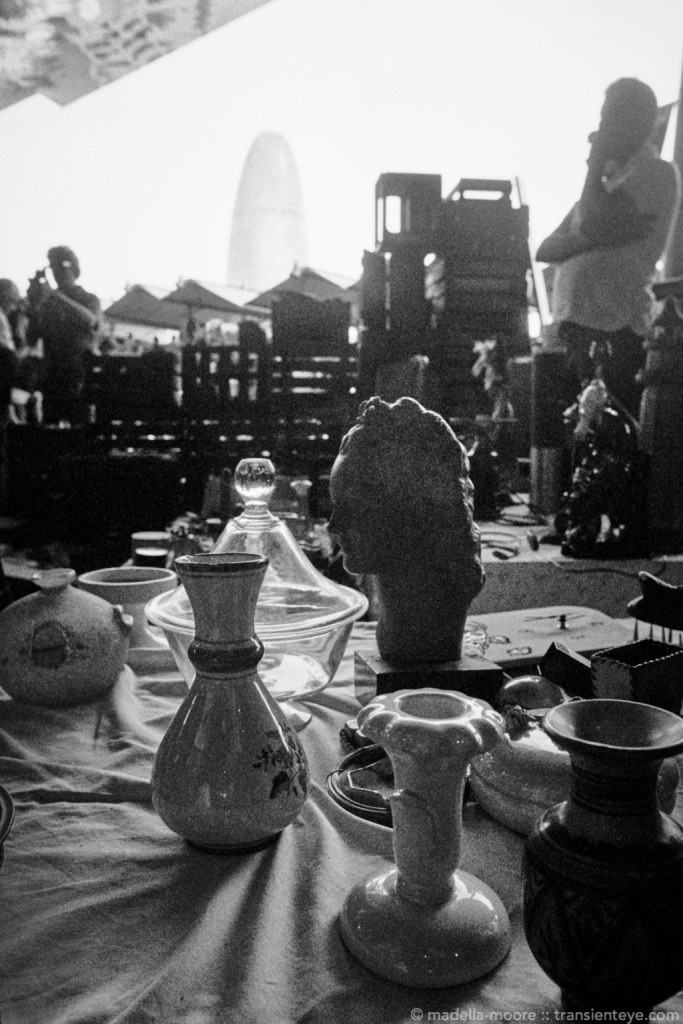 The film was processed by hand using Kodak HC110 1+63 (dilution B). It was slightly over-developed, probably as a result of inaccuracies in measuring the chemicals. It is quite difficult to accurately measure 3.9ml of concentrate when processing only a single film – the syringe used for the measuring was designed for cooking, not chemistry… 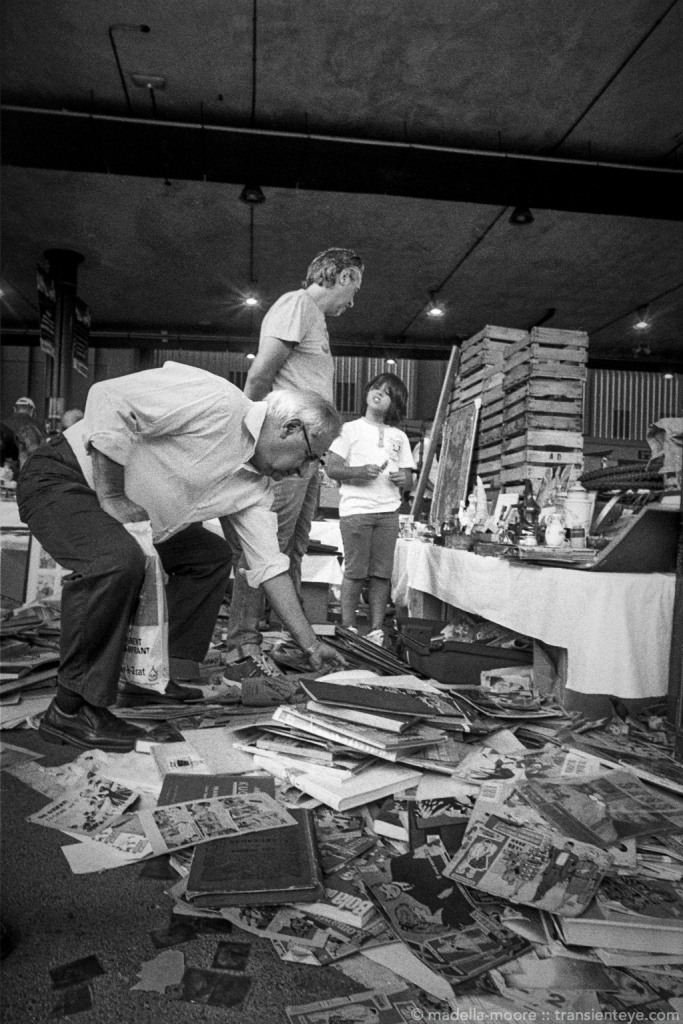 Some of the activities and people in the market are on the fringes of legality. Taking photographs can sometimes lead to problems and this is a space where a discreet camera is best. One of the shots in this set led to aggressive demands that the photograph be deleted (not withstanding that you can’t simply delete a single film image). 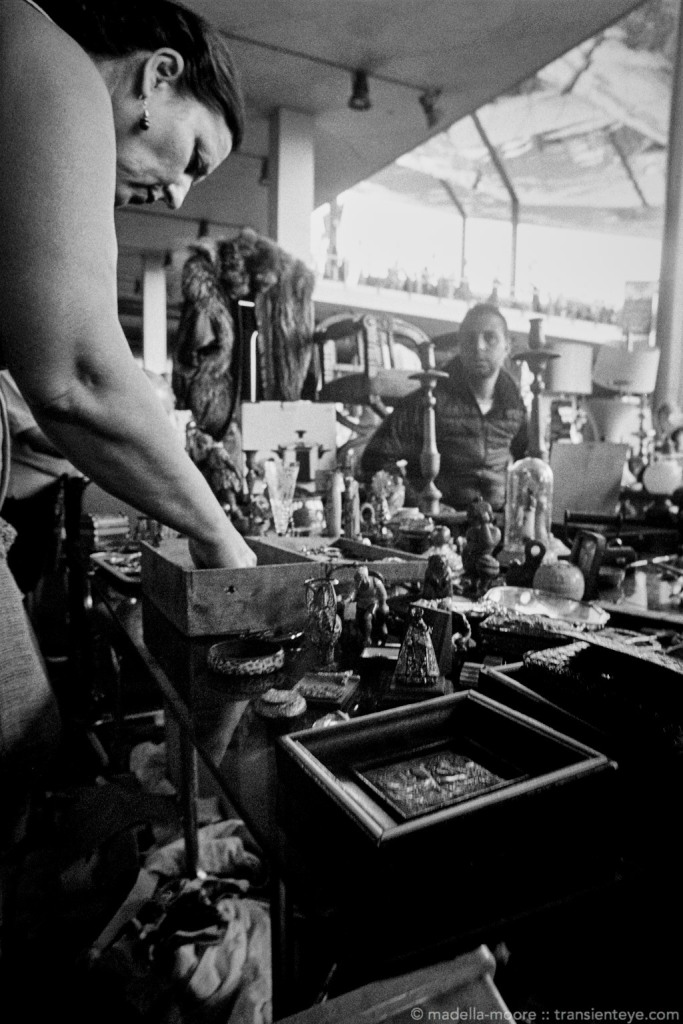 This is a constant problem with street photography, particularly in flea markets or in areas like the Raval with its prostitutes and drug-traders. Small cameras like the Ricoh GR are definitely easier to use here, as people are generally less concerned than if they see something that looks like a “proper” camera (even if the tiny Ricoh would give far more resolution and detail than these film images).

In such cases, I strongly suggest sticking to your rights unless you feel physically threatened. The ethics of street-photography is a difficult and complex area, particularly given the utter fallacy of “the camera never lies”. However, for the most part I see no problem with using images of people in public providing that the representation is not constructed to deliberately mislead.