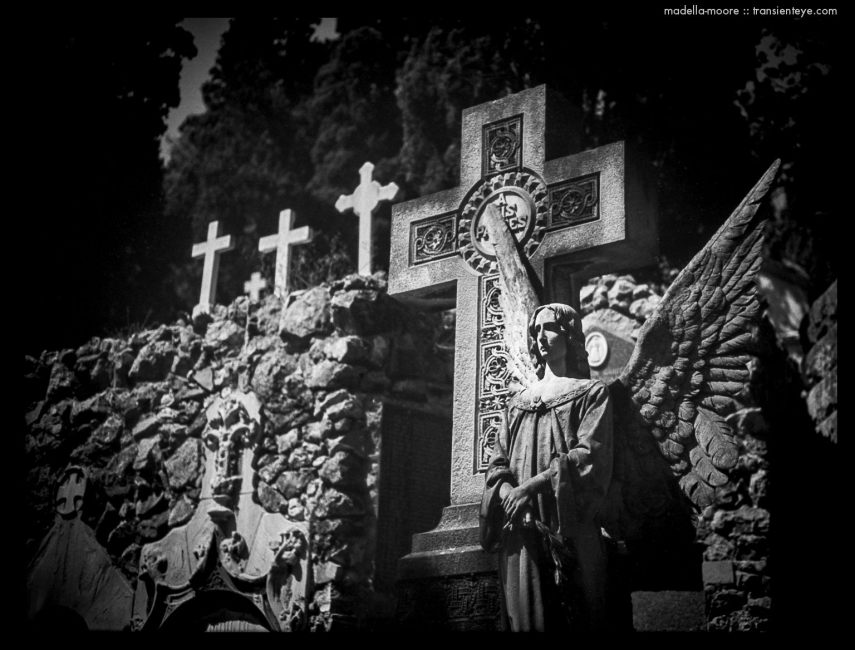 A few images of the cemetery on the Monjuïc, Barcelona, taken last weekend at the Barcelona photowalk.

These were shot on HP5+ film. Unfortunately, the developing did not go well, as it appears that the developer has asphyxiated (or, more correctly, oxidised) from two weeks of storage in the 30c+ temperatures here. The result was a set of very very underdeveloped negatives, and it was surprising that there was anything salvageable from the scans.

The underdevelopment caused two problems: (i) very low contrast negatives, and (ii) soft, almost grainless images. Surprisingly, you can pull the contrast back quite substantially with the black and white points when scanning, although this leads to absolutely every single spec of dust or rinse-mark dominating the image. Mouse-over the following picture to see just how bad this was prior to patching in photoshop: 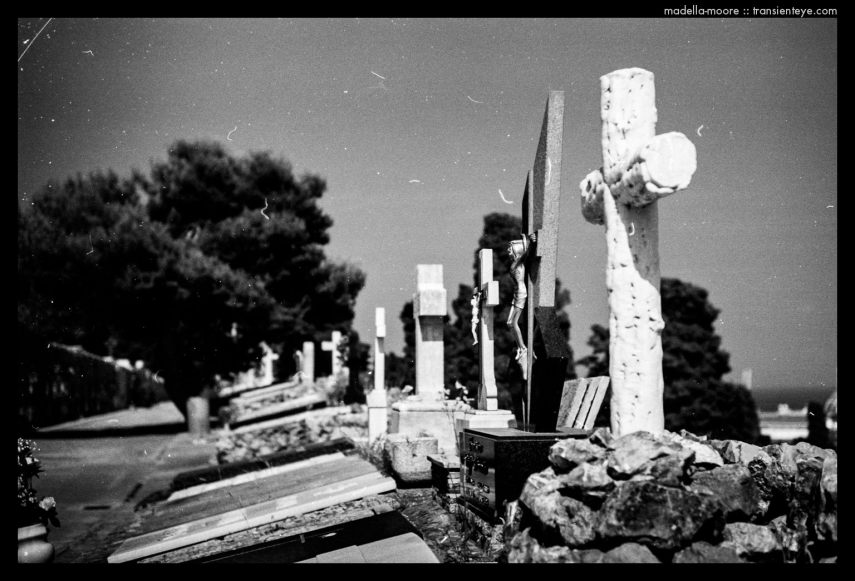 In fact the negatives were so weak, that the scanning software was often unable to locate the image frame edges, and I am afraid that I really do not have the enthusiasm to patch up more than a handful of images from the last two films.

It is now a full year since I started shooting with film. Often it seems that the skills most developed have been behind the computer, rather than behind the camera.