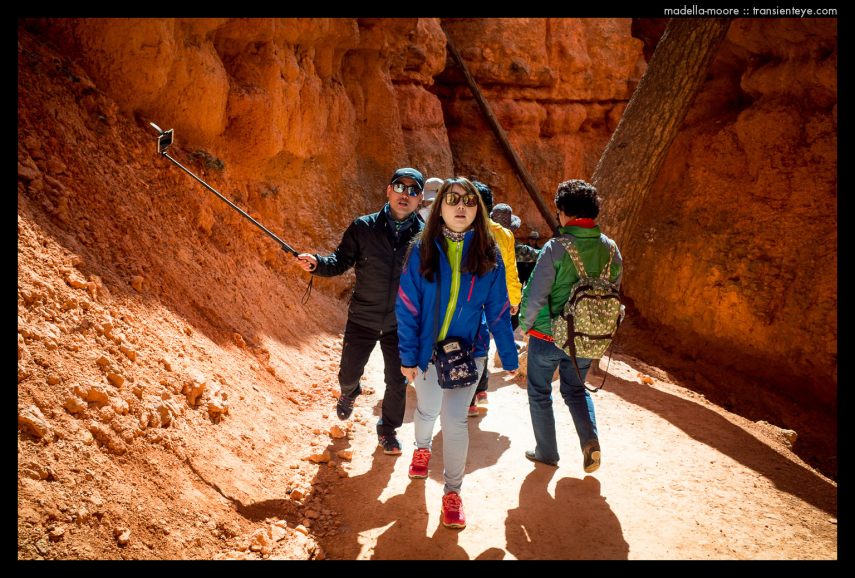 We only had a short stop here – just enough to undertake the Peek-a-Boo trail from Inspiration Point. Oddly this is classified as a “strenuous” hike, although for Europeans used to hiking in the Alps this is actually quite an easy and quick walk.

The paths are well made and  maintained, as an essential part of preventing erosion in the fragile park landscape. There seemed to be a trend for tourist coaches unloading passengers at Inspiration Point, who would then walk briefly down and back up again, taking numerous (often slightly ridiculous) selfies along the way. However, almost no one was carrying on from the descent to hike the actual loop, making the main walk pleasantly quiet. 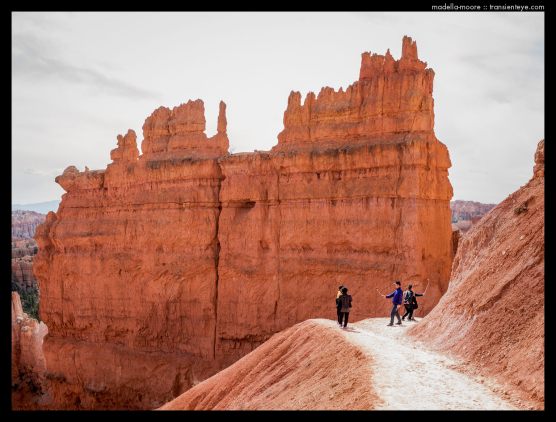 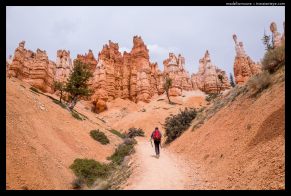 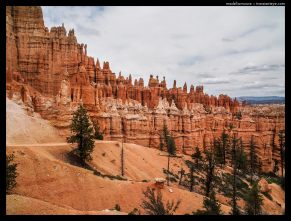 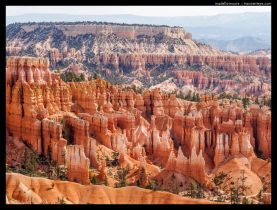 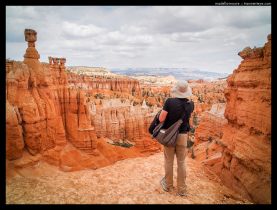 I think that Bryce has much more impact than the Grand Canyon, probably because the scale is much more accessible to tiny humans. The Hoodoos (and just what does a Hoodoo do?) are of course spectacular and very novel to someone coming from Europe.

I was not very happy with the photographs from Bryce. Partly this is because of poor and very variable lighting (weather), and partly because the Olympus E-M5 appears to have reset, causing all the photographs to be the default hyper-saturated and sharpened JPEGs, rather than the RAW files we normally shoot. However, it is also in part because Bryce is inherently difficult to photograph in an original, un-clichéd way.