Barcelona’s weeks of fire: after sentences were issued against the Catalan political leaders responsible for the events around the constitutionally illegal 2017 independence referendum and the subsequent unilateral declaration of independence, the region has been rocked by both peaceful and (as shown here) rather less peaceful nationalist protests. This is a set of images shot around the upmarket central streets of Passeig de Gràcia and Via Laietana in the centre of Barcelona. 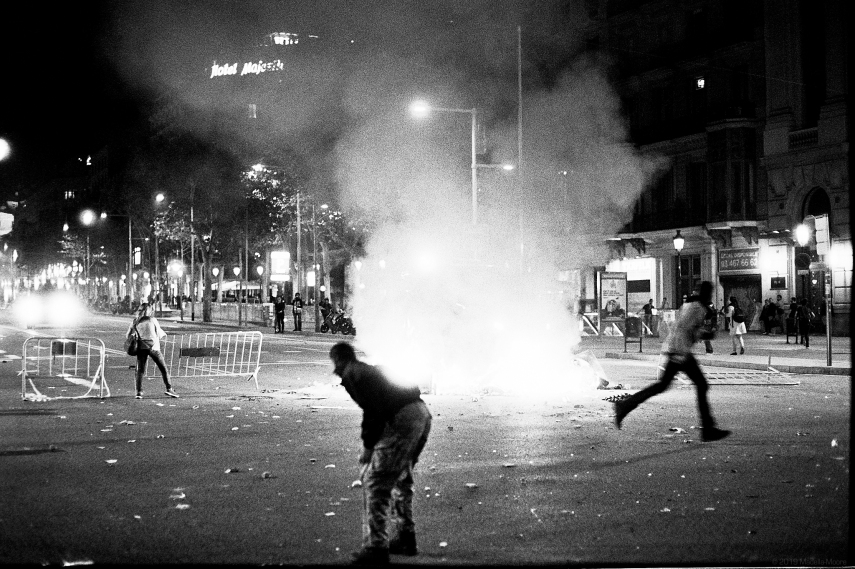 The riots were an extension of aggressive confrontations across Catalunya organised by the CDR groups and an organisation calling itself “Tsunami Democratic” which used a custom app to direct large numbers of activists to shut down major roads, the Sants Railway station and the El Prat international airport. It is still unclear who is behind Tsunami Democratic, making the name somewhat ironic. 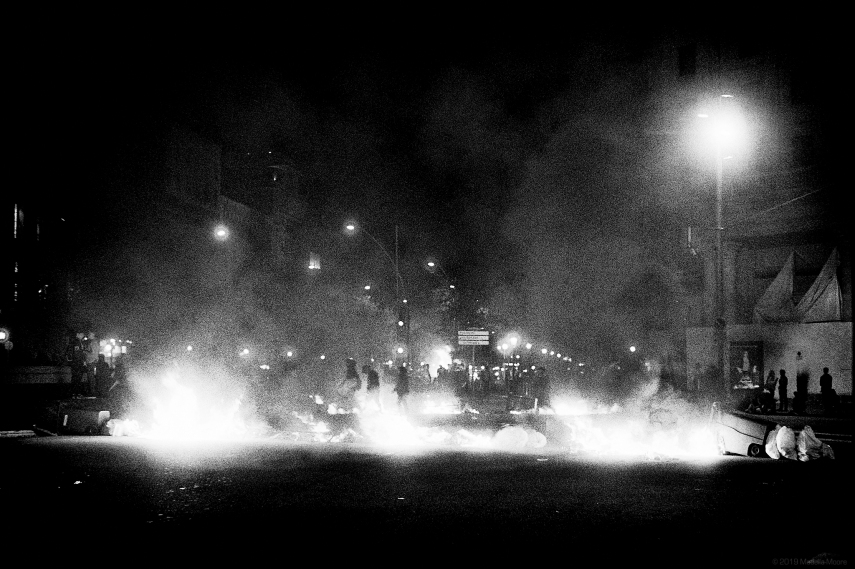 Burning barricades were setup in the centre of Barcelona to block major roads and transport links. Using recycling and rubbish bins along with just about anything else combustible the nationalist activists attempted – and, for several days, managed – to shut down the city.

The police have mostly tried to keep a safe distance. However, badly outnumbered and facing protesters using fireworks and in some cases Molotov Cocktails, there were serious clashes when protesters threatened buildings or when they attacked the police themselves. Hundreds of people were injured, and at least four have suffered eye injuries due to the use of rubber bullets. 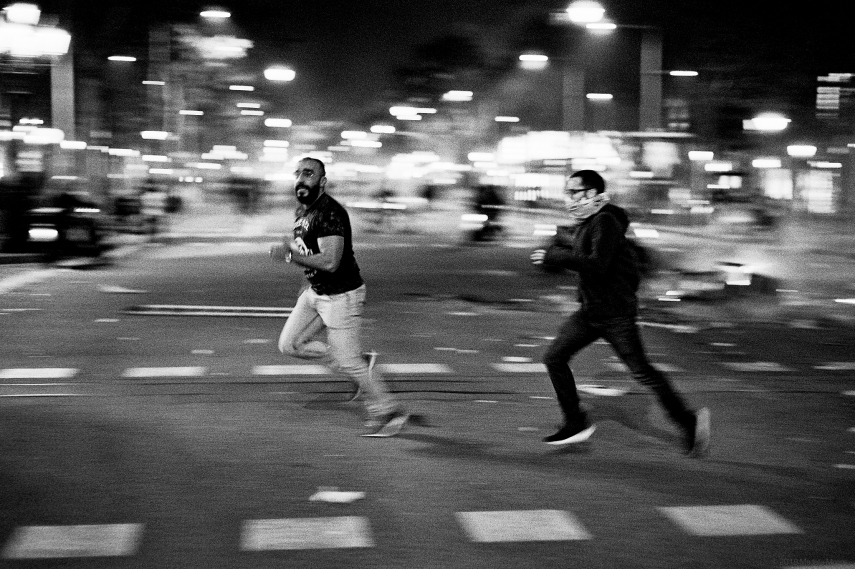 The cost to the city is immense. More than 1000 bins were destroyed, and the immediate destruction has cost millions of euros. In many cases road surfaces were badly damaged either by fire or by metal spikes that had been hammered in to the asphalt.

Independence leaders have tried to calm down the situation, aware of the fact that this is damaging the Catalan nationalist program. However, the Catalan president, Quim Torra was accused of encouraging the activists and only condemning violence when committed by the police.

Scenes such as these have achieved nothing for the independence movement. The damage to Catalunya is not just physical but also reputational, with a particularly strong impact on the tourist industry. Some hotels have reported near term booking cancelations of 30%, while six cruise ships bypassed the city during the riots due to concerns about safety. Events such as these will also increase pressure to relocate major international conferences such as MWC. 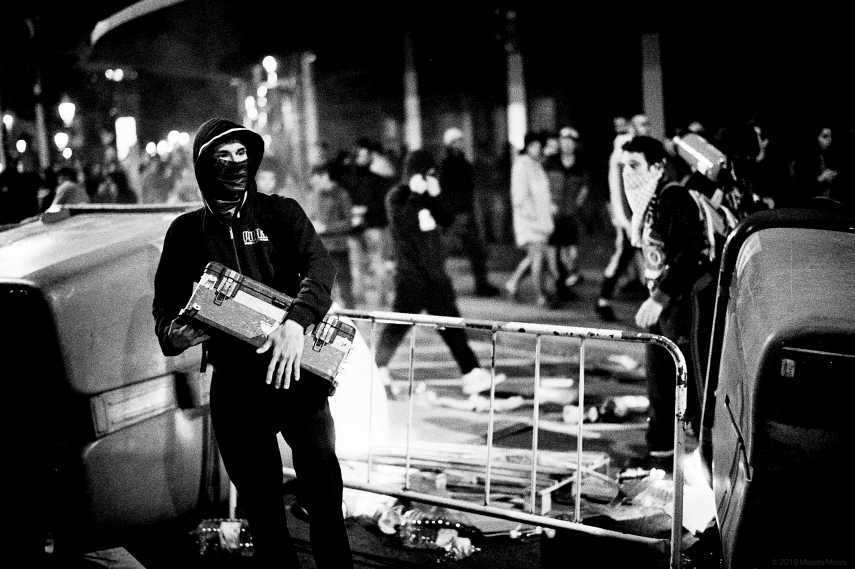 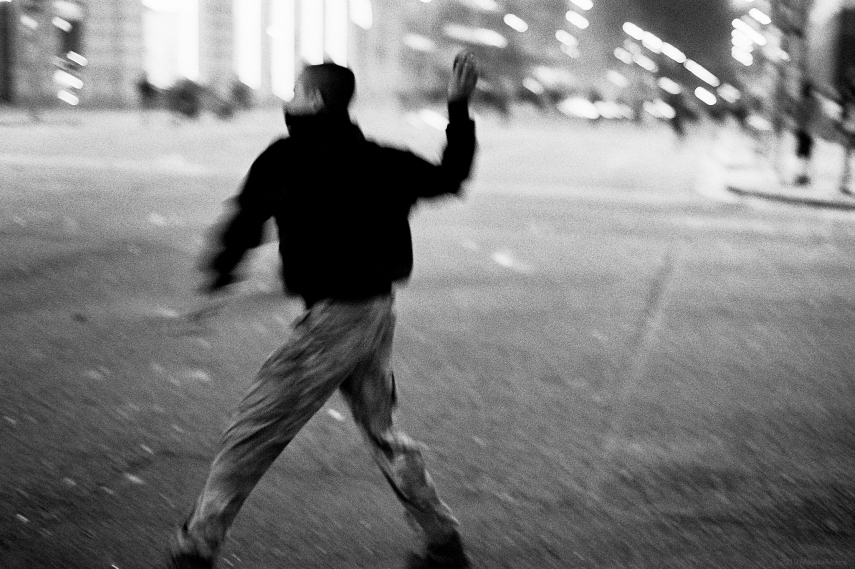 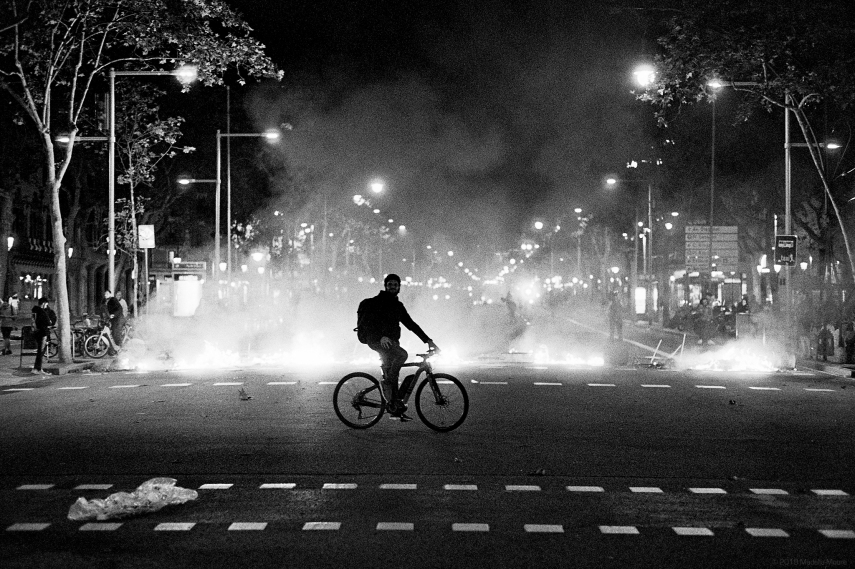 The emergency services are impressively efficient. Teams of firemen wait patiently until it was safe to move in, with the police firing rubber bullets and using pepper gas to disperse protesters when needed to clear the way. As soon as one fire is out they move rapidly to the next. 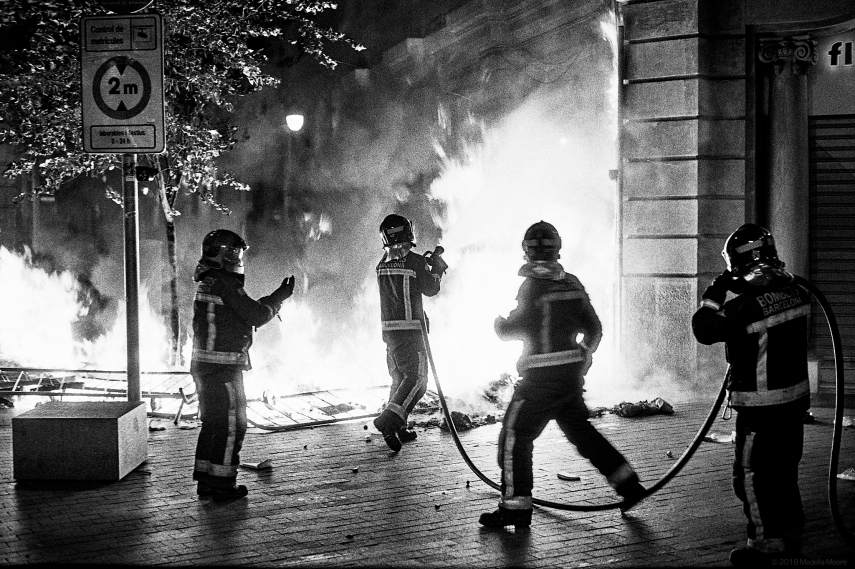 The result is a city that is terribly scarred by recent events. 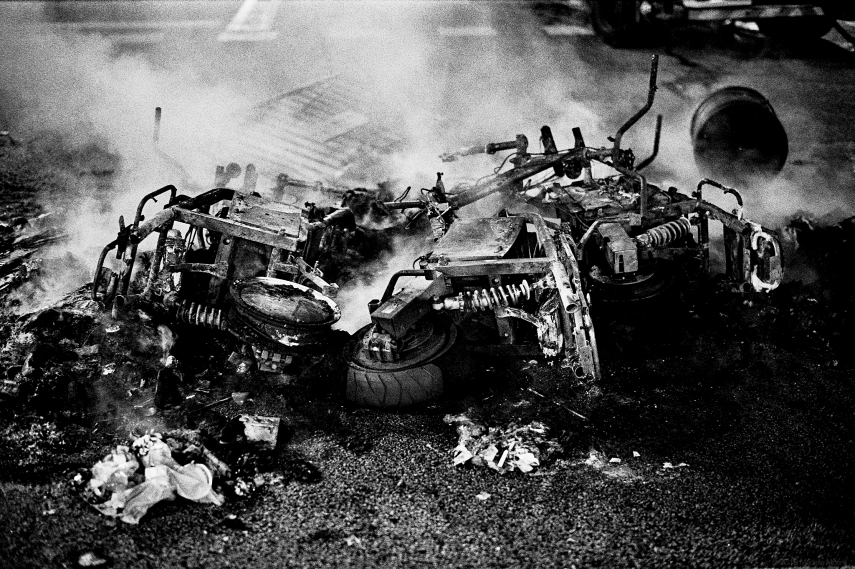 The violence continues almost two weeks since its start in response to the prison sentences. As fast as the city to repairs the damage to the roads and infrastructure, new damage is being created.

The vast majority of people here do not support violent revolt of the type that is been attempted here, and indeed, there is no evidence for a majority in favour of independence, despite the unilateral and illegal actions of the Catalan government that lead to the jail sentences for sedition and misuse of public funds.

Fake News is now in full operation, with attempts to claim that the riots seen in these photo series are in fact instigated by the Spanish state police. This is not supported by anything that I have seen or heard while out on the streets. If history is a guide, violence such as this from an extremist minority is an inevitable consequence when divisive nationalism comes to dominate a culture and politics.

The real danger is that the region now sees a return of nationalist terrorism campaigns. There remain a number of flash points still to come, whether from Quim Torra’s intention to continue to aggressively push the political side of the independence campaign, or from a renewed international arrest warrant that has been issued for former regional president, Carles Puigdemont.

These photographs show only a small subset of the protests that have occurred in the last two weeks, the vast majority of which, pro-independence or pro-union, have been peaceful. However, I have chosen to use this set of images because they mark a fundamental and highly dangerous change in the independence movement.

Lastly, I am very pleased to add that I have been awarded an Associate distinction (ARPS) from the Royal Photographic Society for a book documenting the independence movement over the last two years. It told the story of the referendum and the subsequent fallout, and implied the likely future direction of events. Sadly, the book’s unwritten sixth chapter is now being realised on the streets of Barcelona. 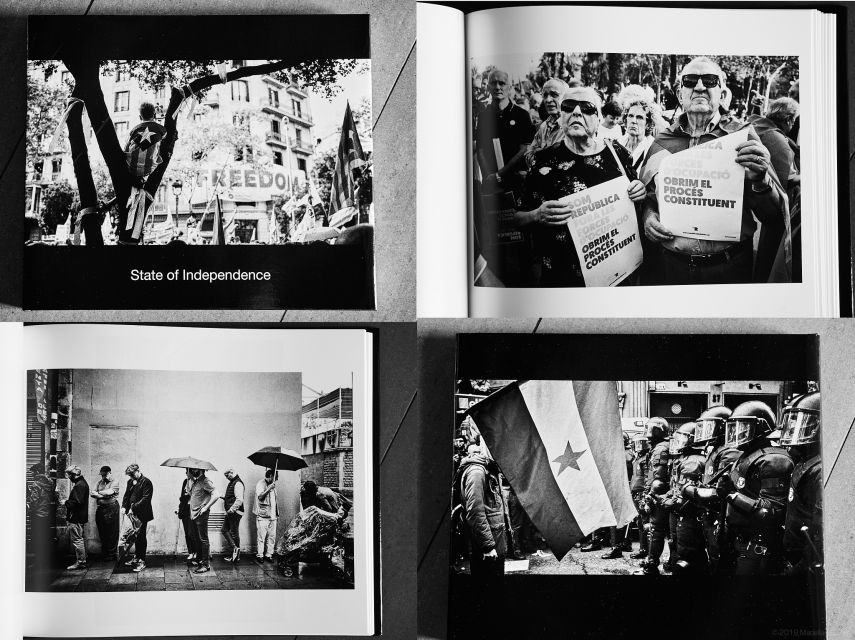 As usual, all images were shot with the M7 on Ilford Delta 400 black and white film. However, I used a 50mm lens rather than the usual wide-angle as it seemed sensible to have slightly more working distance than I am used to using. The film was rated at EI1600 and processed in XTOL stock. Most shots were taken around 1/30th or 1/50th of a second, even with the light of the fires to help.