Peter Tatchell, fresh from protesting in support of gay rights in Russia.

This is a set of photographs taken at the People’s Vote March in London on 23rd June 2018 – a campaign to call for a public vote on the future relationship between the UK and the EU when the UK leaves on March 29th 2019.

This post explains why the People’s Vote is important and why you should sign the petition supporting it. 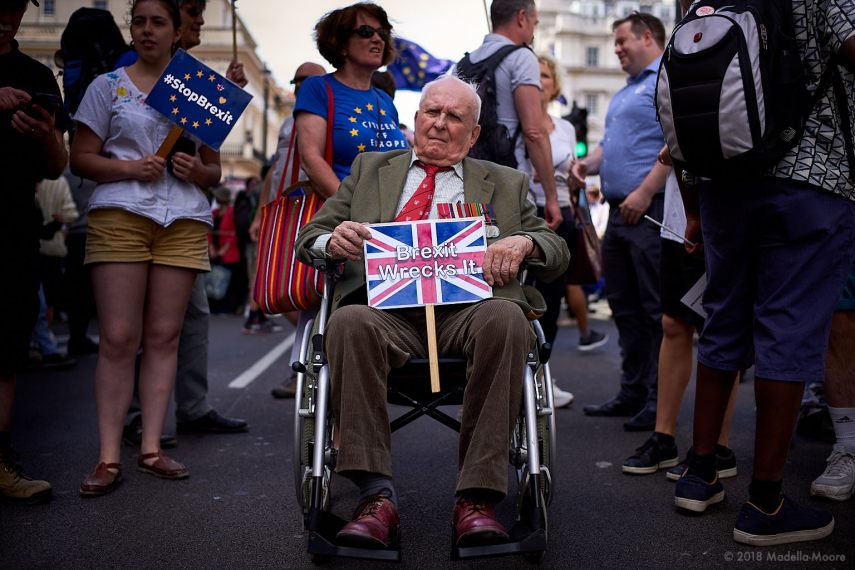 The original Brexit referendum in 2016 was deeply flawed. It presented only two simple options: remain or leave. This was a choice between a known state (remain) or one which was completely undefined (leave), and it was an advisory referendum that required only a simple majority – rather than the supermajority that would have been required had it been legally binding.

The referendum was deeply divisive, with little factual information presented. The leave campaign stands accused of violating electoral funding laws, and it used misappropriated Facebook social media data to craft a campaign designed to target the fears of marginal voters. The use of AIQ together with Russian influence also links the Leave.EU campaign to Trump – to the extent that the Muller inquiry into Russian electoral interference is now investigating Nigel Farrage’s role in Trump’s election.

The way that the campaigns were conducted clearly brings the result of the referendum in to question, not least because of the relatively small margin by which the leave group won, and also because many will have voted based on promises that can realistically never be delivered. 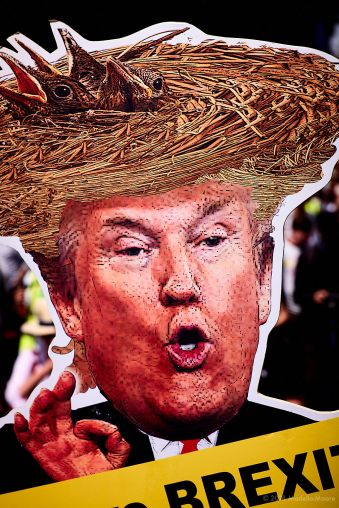 There were also fundamental issues problems with the referendum’s electoral base. UK nationals who had lived overseas for more than 15 years were excluded as were EU migrants to the UK – yet bizarrely Commonwealth immigrants were able to vote.

How can it be right that a democratic referendum excludes the very groups most likely to be disrupted by the result? 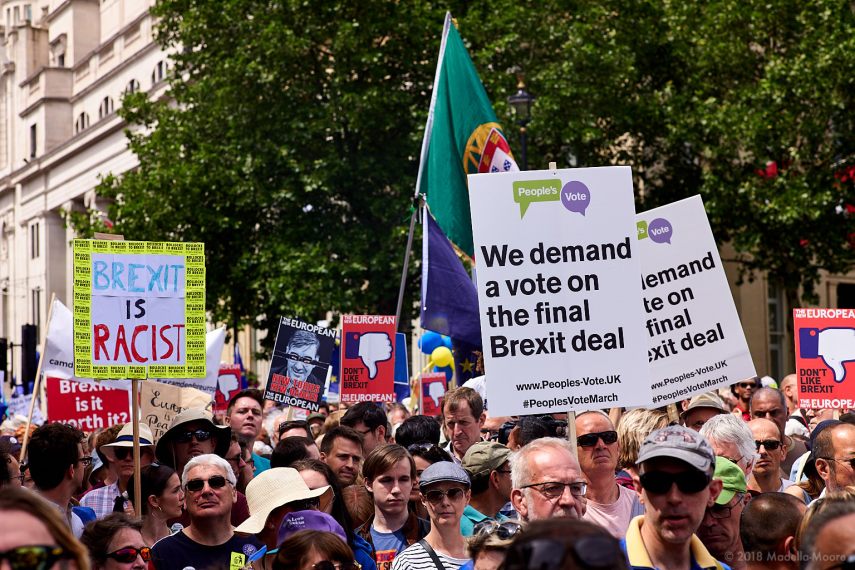 Populist and simplistic talk of sovereignty, self-determination and “democracy” have displaced rational discourse and debate, and outright lies and misrepresentations have been and continue to be common. Appeals to “the will of the people” are used to undermine genuine democracy rather than to reinforce it, simply because the will of the people as expressed in the referendum is sufficiently vague to allow almost any politician to claim that their personal political agenda is the one true path. 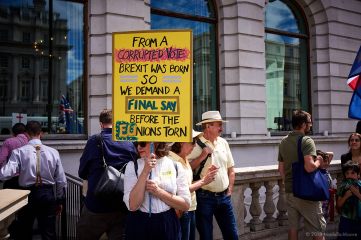 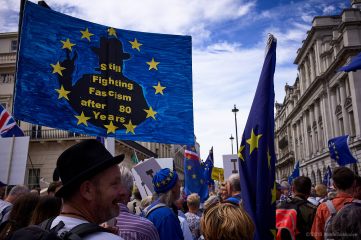 The Brexit negotiations – once pitched as “the easiest in human history” – have so far been a disaster for the UK. On all substantive points so far, the UK has been forced to agree to the EU negotiating position on major issues such as the financial settlement and the transition period.

There is no deal with the EU than is better than the deal that the UK currently enjoys. Operation of the single market and customs union, which provide the frictionless trade that has allowed the UK to prosper since the 1970’s, requires common laws, standards and enforcements. And companies can not be free to move jobs and investments unless the people are also free to move with them.

It is by definition impossible to retain all the benefits that the UK has enjoyed with none of the responsibilities, and Theresa May is rapidly reaching the point where David Davis and Boris Johnson’s “cake and eat it” Brexit fantasies will inexorably collide with the cold hard reality that prosperity in a globalised world is impossible without mutual cooperation and inevitable tradeoffs in sovereignty.

Unfortunately, the UK government has stalled negotiations, and  is currently debating with itself rather than with the EU. Discussions are seemingly mired in ideological standpoints and power struggles that are splitting the Conservative party. The outcome will primarily reflect the needs of the party rather than those of the people, and the compromises needed to gain internal party support look set to result in proposals that have in effect already been rejected by the EU negotiators.

The only way out of this mess is to have another popular vote, on the final deal, with an option to seek to remain in the EU if the government’s negotiations are unacceptable. The referendum this time would be based on hard facts, with clarity on the economic consequences, peace in Ireland, the rights of EU and UK citizens to live and work freely abroad, and the status of Gibraltar.

A People’s Vote on the proposed deal would refocus UK politics away from internal squabbles to what really matters: the outcome for the people themselves.

Lastly, I want to explain the increasingly political nature of many of these blog posts.

The rise of populism/nativism/nationalism, and its exploitation by opportunistic politicians, extremists and Putin’s Russia is a thread that links Brexit, Trump, Catalan Nationalism, Italian Nationalism, Hungary, and many others. As a UK national living in Spain it is equally fascinating and terrifying to watch both Brexit and the Catalan Independence crisis developing, with their many parallels. Historians will look back on these movements as one of the defining characteristics of this period. Arising out of the financial crisis of 2008 and the Syrian refugee crisis of 2015/16, they have become one of the greatest threats to the unprecedented period of prosperity and stability that both Europe and the US have enjoyed for the last 60 years.

Calling out these trends for what they are – namely the exploitation of nationalist/nativist sentiment so that a few individuals can gain politically and financially at others’ expense – is an important step to fighting them.

And for Brexit, you can also fight back by signing the People’s Vote petition.