Another set of black and white film images taken in the build up to the contested Catalan independence referendum and corresponding protests, this time showing a student demonstration in Plaça Universidad and the start of the occupation of polling stations in anticipation of a police lock-down.

The Catalan president, Carles Puigdemont, is still maintaining that the independence referendum will go ahead despite efforts by the Spanish central government to close down the mechanisms necessary to implement the polling. For background, the referendum has been ruled illegal for a number of reasons, but fundamentally the issue is that any vote to trigger unilateral session from Spain (unsurprisingly) will violate constitutional law. As such, it is not even possible for the Spanish government to offer Catalunya a Scottish style referendum without first modifying the constitution – something that would be highly unlikely to succeed even if there was any political will to try.

At the time this is being written, the Mossos D’Esquadra and Guardia Civil are attempting to seal all possible polling stations in Catalunya in order to prevent the illegal referendum from proceeding. To counter this, groups such as the Assemblea Nacional de Catalunya are organising occupations of the schools and government offices that would be used for voting tomorrow (1st October), with public programs that include everything from food extravaganzas to musical concerts and poetry recitals.

It is still unclear how this will pan out in detail, but it seems likely that everyone will loose. It is probable that a small number of people will manage to vote, and that they will overwhelmingly support independence – because most people who do not support independence are also highly likely to regard the vote as illegitimate. In the event of a low turnout, the Catalan government will likely back down from a unilateral declaration of independence, and blame the Spanish state’s interference as the cause. The control of the media has been by far the secessionists’ strongest hand, and this will assist attempts to create an image of Catalunya as a nation impoverished and repressed by the Madrid government – something which, while true under Franco, is a grotesque distortion of reality today.

Whatever the outcome of the referendum, there will be massive and lasting socio-political damage to both communities within Catalunya and also at a national level between Catalunya and Spain. 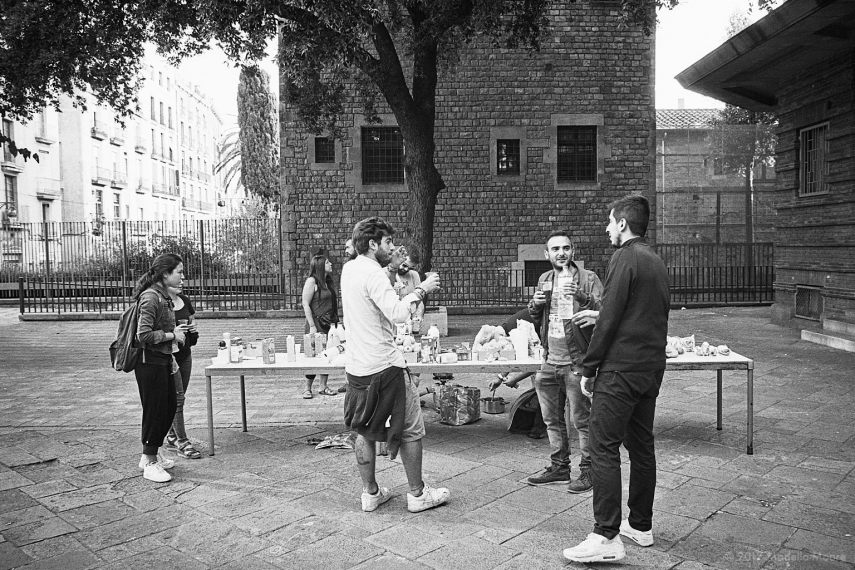 Occupying a Polling Station in the Escola Collaso I Gil, Barcelona.