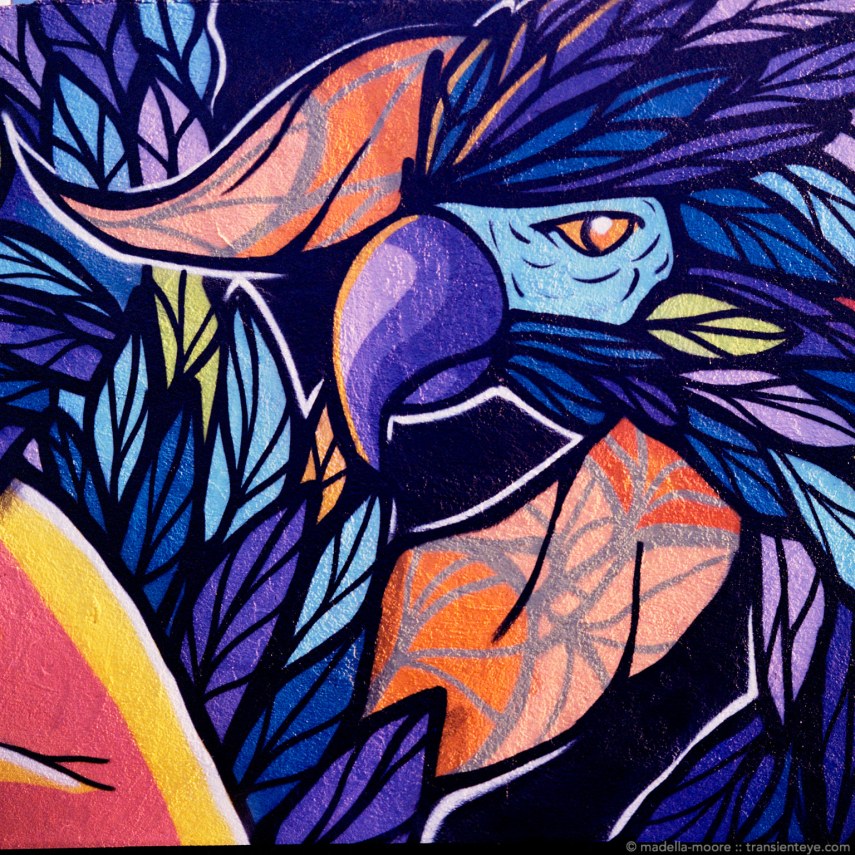 Some images from a first attempt at processing C41 colour film at home. These were all shot on expired 120 format ISO 400 colour film from Lomography using an original Lubitel 166.

The four street-art graphics were taken from a street art mural in Poble Nou, Barcelona and shot early in the morning with the low sun accentuating the surface texture. The images here are direct from scanning, with minimal post processing to correct colour or increase saturation. 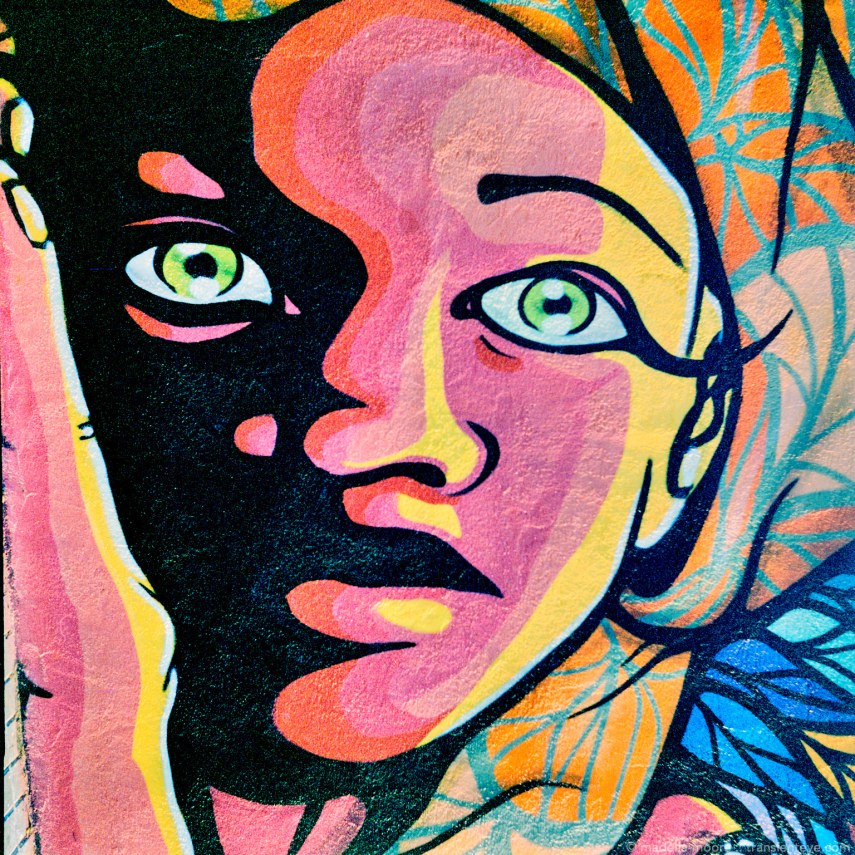 The films were processed using a Tetenal C41 Colortec chemical set. The Tetenal kit comes in a pack with six small bottles which you mix and dilute with water to make three 1L chemical baths – the colour developer, a combined bleach + fixer (“blix”) and a stabiliser that acts as a final rinse. The chemicals are a little more toxic than the typical black-and-white developer/fixers, but still perfectly usable at home providing that you take proper care to avoid skin contact or inhalation.

Processing the films is very straightforward, and unlike black-and-white the developing conditions are the same regardless of the brand or version of the film.

The main complication is to keep the developer and blix at exactly 38c. To do this, I filled the sink with hot water and stood the developer bottles in it until the temperature was about right. I also pre-rinsed the film and tank with the warm water to avoid the temperature of the developer falling when it was added to the container. Despite this, I suspect that my temperatures were probably a little too low for this first attempt – ironically after fighting excessively high temperatures for black and white processing in the summer, it is now very very cold here and the water cools surprisingly quickly.

With the Tetenal kit the ideal developing time is 3:15 at 38c, using a machine to provide continuous gentle agitation. Lacking such a machine, I used gentle tank inversions at the start for 15 seconds, and then two gentle inversions every 15 seconds thereafter until the developing had completed. This seems to have worked fairly well, except for some orange spots left on the negatives that are mainly visible in sky areas. These are probably the result of insufficient bleaching, and could be the result of too short a blix stage or insufficient agitation (bubbles). 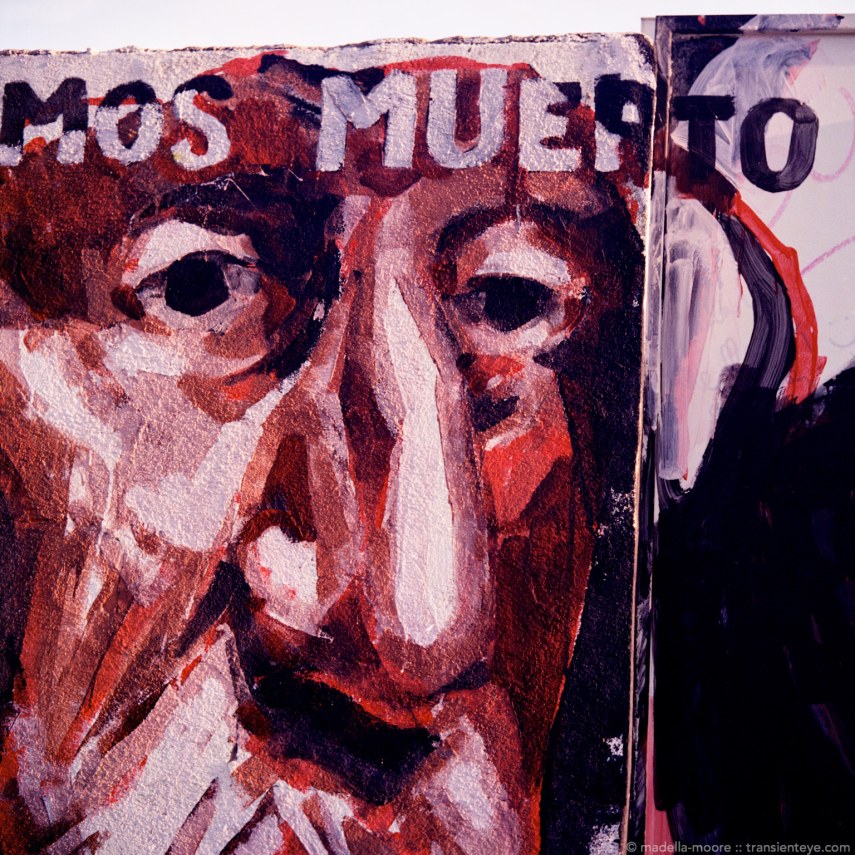 When the film is correctly exposed, the resulting images have good colour and seem to be roughly equivalent to what I might expect from a full-frame DSLR with something around 20 to 30MP (depending on f-stop and whether or not the focus was accurate). Not bad for such a cheap camera.

More normal images work just fine, although the light leaks in the Lubitel tend to make for some interesting effects: 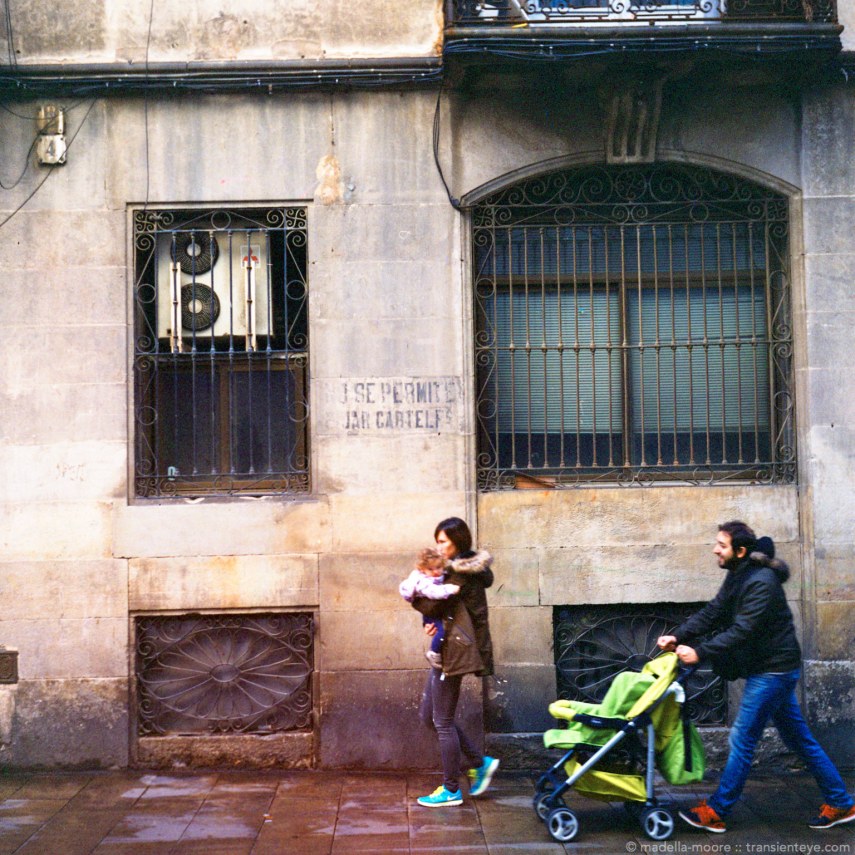 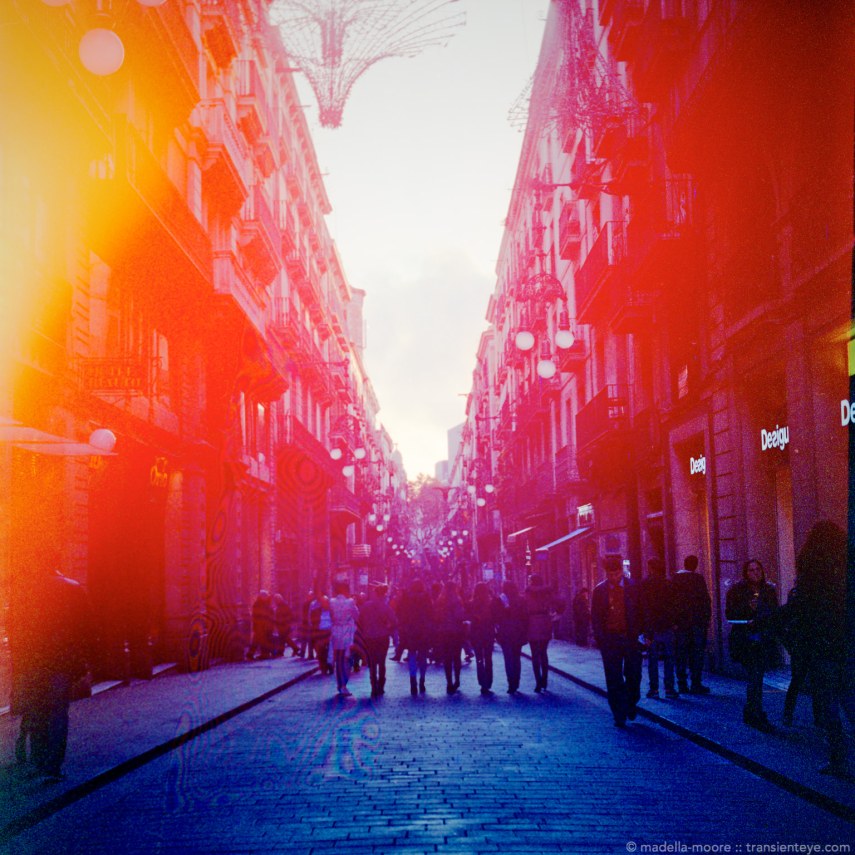 The above image also shows some curious patterns from the scanning – possibly Newton’s Rings (interference between the different paths of light in the scanner, which can be a problem with plastic or glass backed film holders).

I was quite surprised at how well some of these images have come out. The common wisdom is that colour film processing at home is just too difficult to bother with, but then common wisdom is seldom correct. 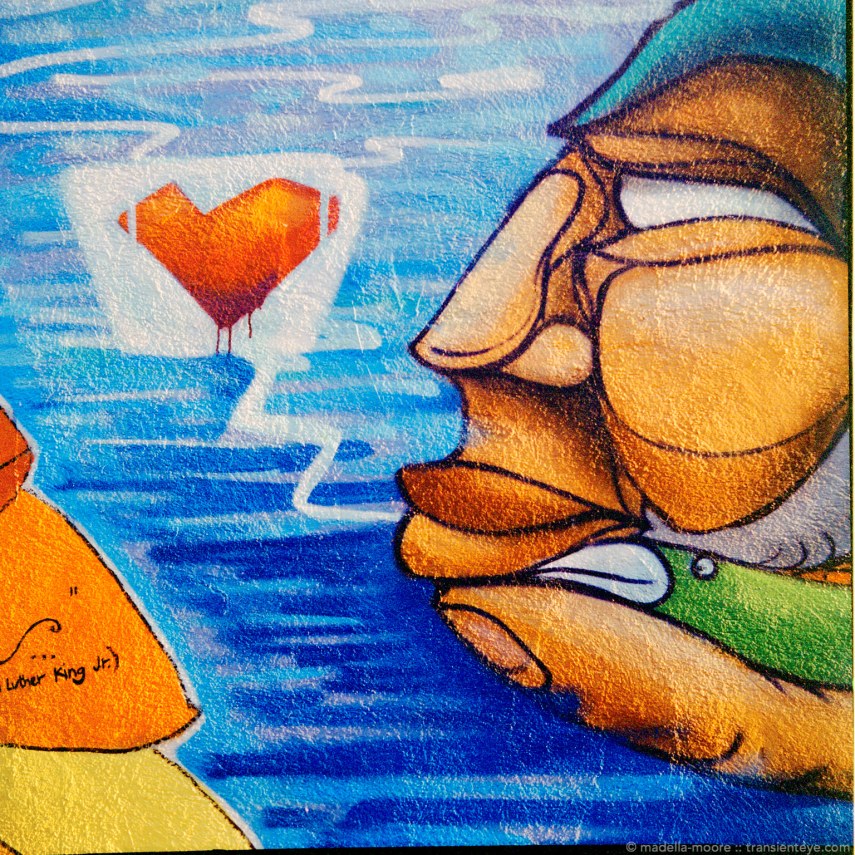