Some quick experimental street images, taken in Barcelona with a wide-angle lens using manual focus and a tight aperture. Most of the images were taken from less than a meter away and were framed without using the viewfinder. With the wide-angle, it is surprisingly easy to frame when shooting from hip or chest level.

I much prefer street images that are not dominated by the interaction with the photographer, and it is quite hard to do this when so close to the subject. These were taken while walking and trying nonchalantly to look like an hapless tourist holding a camera rather than someone actively trying to get a specific picture (this comes very naturally). Despite this, in at least half the shots the subject had reacted before the shot was taken. 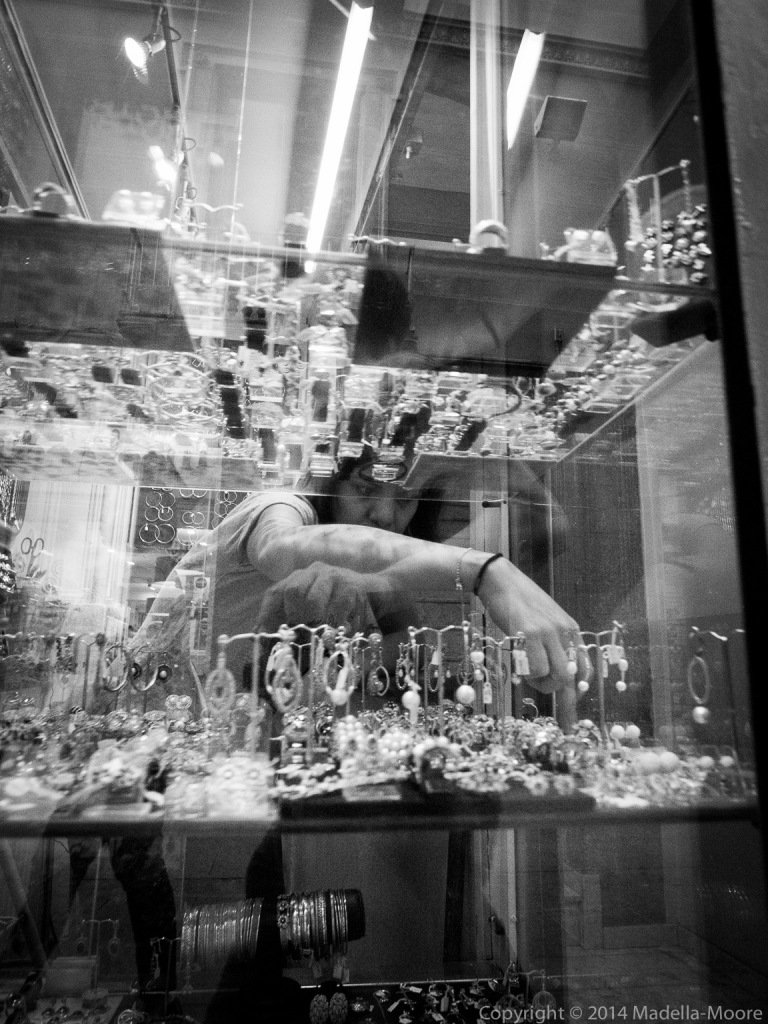 All images were shot with an Olympus E-M5 with 12mm lens at f4 to f5. The camera was put in manual mode with a shutter speed of 1/250th and auto-ISO selected to compensate for lighting conditions – which alternate between deep shadow and bright sun in a matter of a seconds due to the tall buildings in Barcelona. Typically the camera selected ISO values of between 800 and 3200, which is fine for this kind of photography. 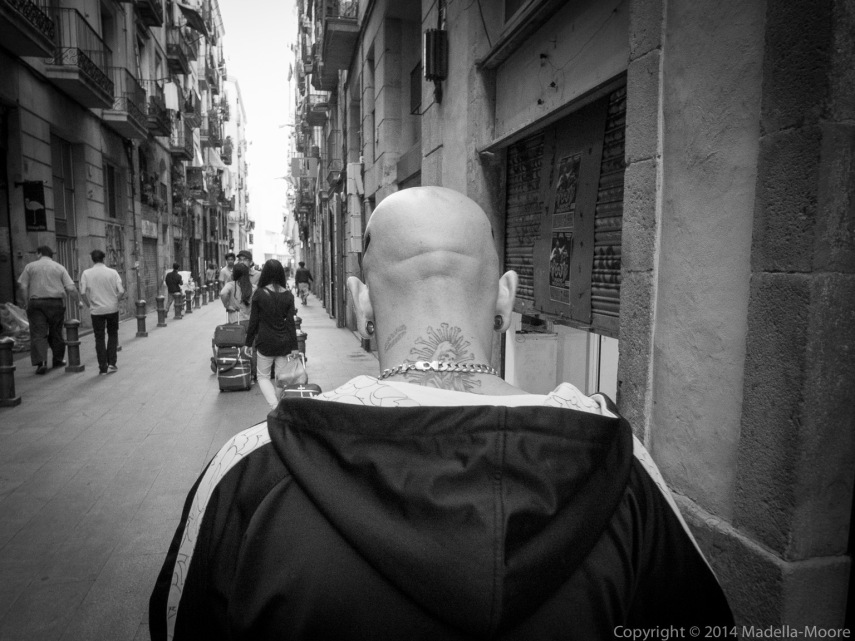 From a technical perspective, this seems to work very well. However, many images are somewhat soft due to my poor focus settings – often the focal point was simply set too far away (where “to far” is about 1.5m). Practise, practise, practise…