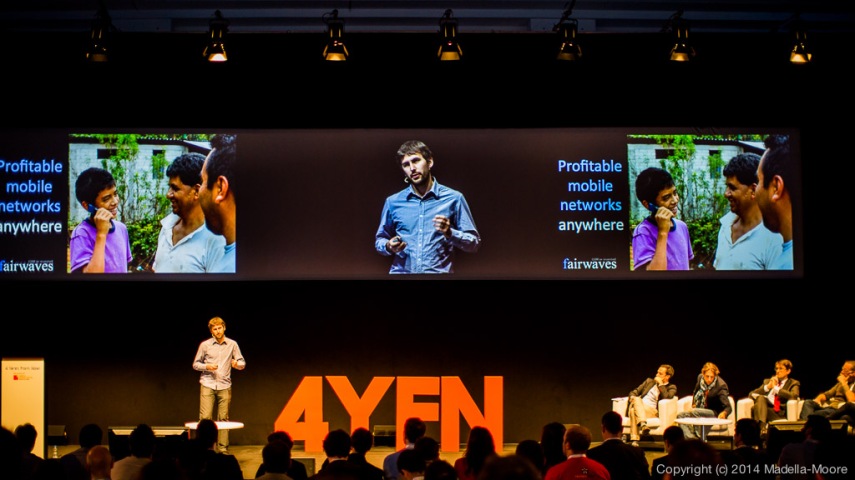 While much of the media attention in the last week here in Barcelona was on the Mobile World Congress meeting, in fact there were a number parallel events of which the most significant was probably 4YFN.

4YFN (Four Years From Now) was a conference specifically aimed at stimulating young technology start-up companies in Catalunya. An initiative being driven from the local Catalan government, this meeting would not  have been out of place in Silicon Valley or Cambridge. It is a welcome antidote to the lack of economic leadership from the central Spanish government.

The meeting took place over three days at Fira Montjuïc and provided attendees with access to the Congress meeting on the Thursday. There was a packed programme operating at three levels: a main stage for keynotes and presentations, an “Open Agora” for more informal presentations and information sessions, and finally more intimate “Dome” meetings to provide specific training and advise to smaller groups. There was also a small exhibition of local companies and government support bodies. 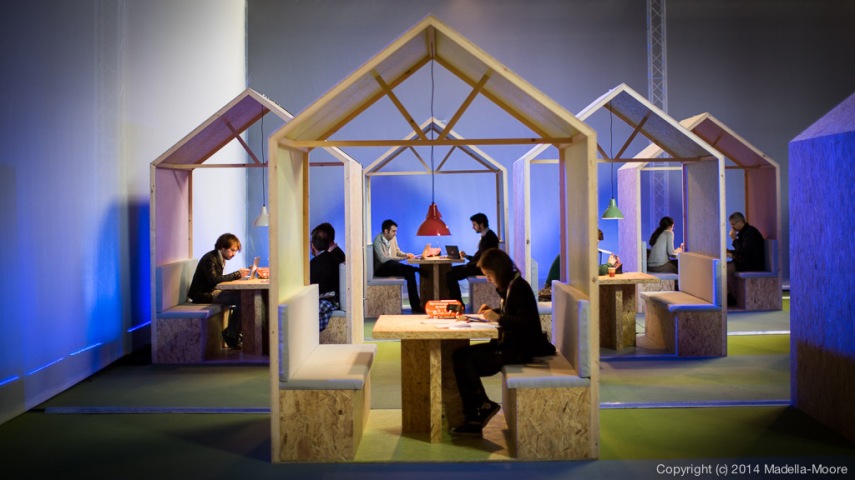 The sessions covered everything from personal anecdotes of entrepreneurs through to more detailed information and educational sessions.

Perhaps the most anticipated session was the interview with Jan Koum from What’s App. It was not clear to me that the company has a plausible business model, but it seems that there is a new bubble in full force at the moment where record valuations can be achieved for companies with tiny revenue streams but many many users. The similarity in philosophy between Koum and Mark Zuckerberg likely played no small part in the acquisition.

Perhaps the best overall session was Martin Varsavsky’s own solo presentation. Aside from being a hugely successful serial entrepreneur, Varsavsky is also a superb communicator and immensely engaging. More importantly, it gave a powerful sense of how it is possible to build global success stories despite being in Spain. This is exactly the mind-set that you find in Silicon Valley and it is extremely positive to see this promoted here in Catalunya (and somewhat refreshing given the largely clueless approach to startups from the central Spanish government).

Overall, the presentations were good with a reasonable level of content over people simply promoting their business.

After 4YFN had finished on Wednesday there was a chance to visit the main GSMA congress – now moved from the Montjuic to Fira Gran Via. This has grown somewhat in recent years and is now very much like a version of CES that has forsaken televisions for (Android) handsets. There were a number of interesting product announcements, particularly the $25 Firefox OS Smartphone and a prototype of the new Android-like Tizen OS from Samsung. There were also lot of smart watches and fitbit-like wearables, but not many people sporting Google Glass.

There were also several companies from Cambridge exhibiting – notably RealVNC who were pushing one of many solutions for in-car phone connectivity. However, the sheer size of the congress and the maturity of the industry make it very hard for smaller companies to standout, or even be noticed above the volume of noise from the Chinese, Korean and American corporates.

Overall, I think that 4YFN was an outstanding success for Barcelona that clearly shows that Catalunya can aspire to and be much more than the central government in Madrid seems able to imagine. It will be interesting to see how it evolves over the next years.