Another set of black and white film images taken in the build up to the contested Catalan independence referendum and corresponding protests, this time showing a student demonstration in Plaça Universidad and the start of the occupation of polling stations in anticipation of a police lock-down.

A second set of film images of the independence movement protests, this time taken outside of the Universidad de Barcelona. This event was very carefully orchestrated to try to portray Catalunya as if it was an oppressed nation under the control of a distant dictatorship in Madrid. Carnations were distributed as a deliberate reference to the 1975 Carnation Revolution in Portugal. The protest group also openly arranged to print and distribute ballot papers for the planned illegal referendum, openly challenging the Guardia Civil’s confiscation of ballot materials in the last week. Here […]

State of Independence I 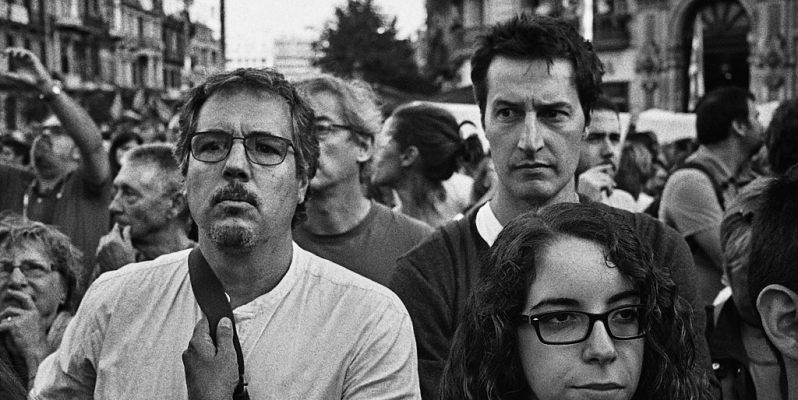 A short set of film photographs taken at various demonstrations and protest points in Barcelona over the last week. These are the result of a proposed “independence” referendum being pushed through by the regional parliament against the wishes of the central government in Madrid. The result is a political disaster, creating ever deeper and more dangerous divides both internally in Catalunya and externally with Spain. So far the protests have largely been very peaceful, typically involving a few tens of thousands of people from diverse backgrounds. While there has been […]