Neither Forget nor Forgive

A set of film images from Barcelona, taken around the period of the Diada (the National Day of Catalunya, a focus for nationalism in the region) and the anniversary of the failed 1st October referendum.

At one point I encountered no less than four different protests fighting for space in Plaça Sant Jaume – reinforcing the stereotypical view of the city as a place where everything is protested but nothing is done. Although not shown here, some of the independence protesters are becoming increasingly violent, and this is finally being acknowledged by the Catalan government – now that some of the protests are also directed at them, following a ban on an independence encampment (tents) in the centre of the city.

The rise of more extreme Catalan nationalism is also fuelling the rise of a diametrically opposed Spanish nationalism. This can be seen both at a local level with aggressive pro-union protestors and also at a national level with the rise of far right political parties such as Vox. This is in part a counter-reaction to the equally troubling and deeply divisive Catalan government of Quim Torra, but it is also a reflection of the general rise of nationalist and populist parties throughout Europe. The increasing political polarisation and emotional reactions do not bode well for the future.

Don’t Call Me a Fascist 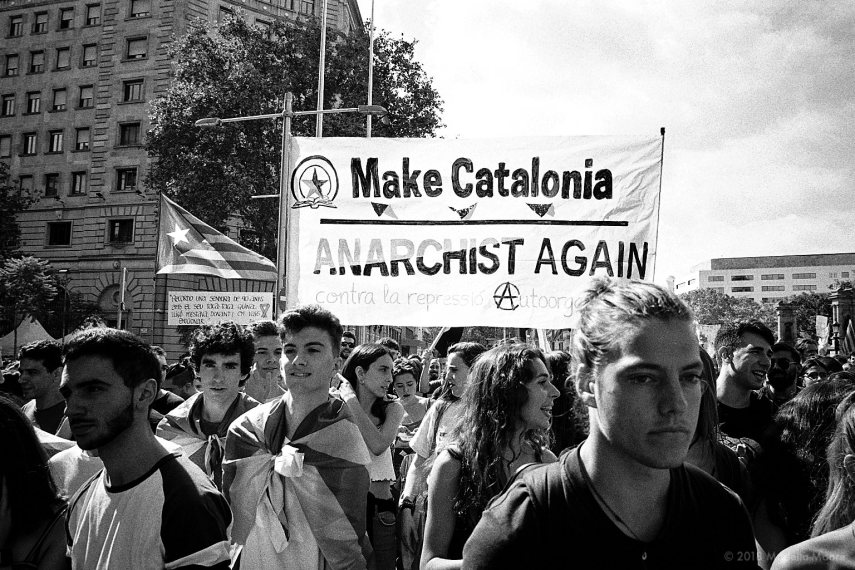 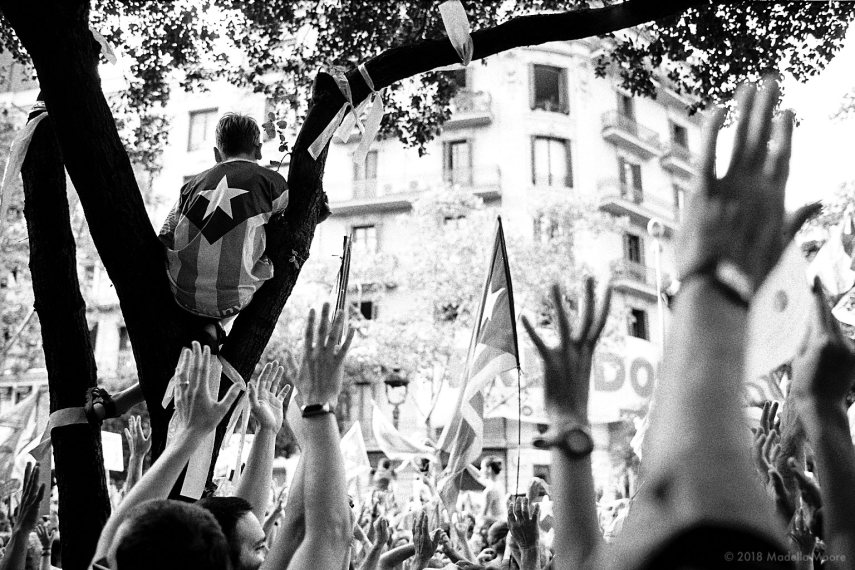