The first, images taken at el Parc del Clot from an Eid al-Fitr gathering at the end of Ramadan (click on the gallery to view individual images): 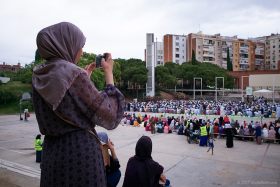 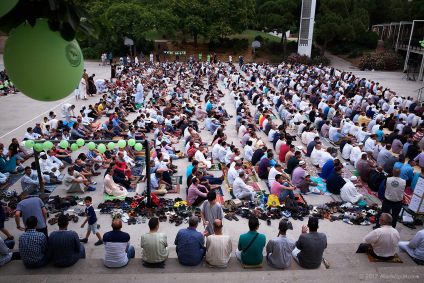 The second, a set of images taken from Barcelona Pride, which took place a short while afterwards:

The difference between the two groups could not be greater, culturally and ethnically. Barcelona is an extremely multicultural city, but for that to mean anything cultures must mix and interact. Unfortunately, instant global communication is leading to a hardening of cultural barriers and the creation of deep ethnic and cultural bubbles that ultimately undermine the totality of the physical societies in which they exist. There was essentially no overlap in the attendance of these two events.

It should be added that both events are flawed: one for the appalling waste and misdirection of human potential that organised religion creates, and the other for allowing encroaching commercialisation (economic and political) to detract from what is fundamentally still a march to demand fair and equal rights.

Despite the Pride march passing the Raval, there were sadly rather more illegal beer sellers than Pakistani marchers or participants.