Almost all the cameras we use are chosen for their performance and image quality. But sometimes clean images are not what you see or want when interpreting a subject.

For this set of images we have used a modified Centon 50mm lens, mounted on an old Minolta film camera.  The Centon was an ultra-budget lens, badged and sold by Jessops in the 1980’s and about as far from a modern Summilux or Otus as you can imagine.

It turns out to be very easy to unscrew the mounting for the front element, and re-install it in a reversed position. The result is a lens that looks as odd as the highly distorted photographs that it takes: 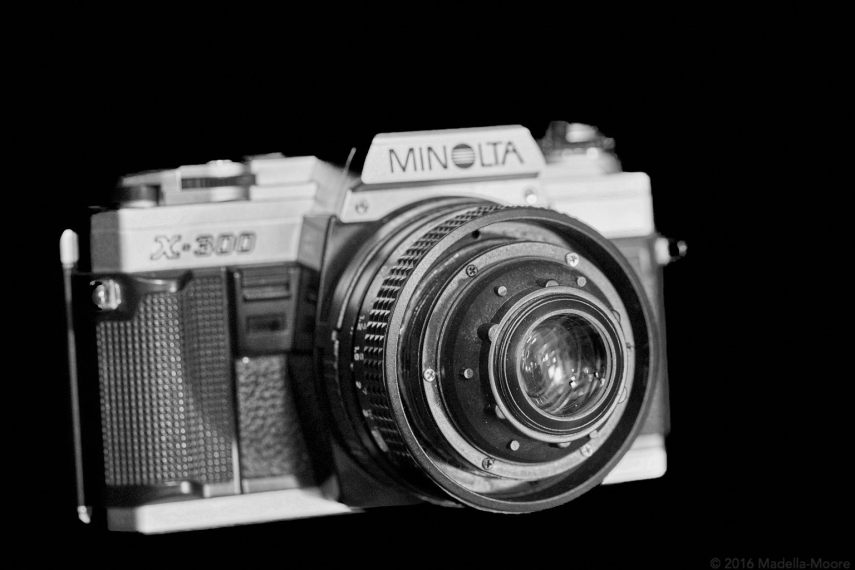 The result is a lot of vignetting, massive barrel distortion, and soft corners with coma flare that spreads half-way in to the image. Amazingly it is still able to focus to infinity. The result is a dream-like image wrapped in a snow-globe, and it works astonishingly well for bright colourful pictures of street-art, shop decorations and graffiti – subjects which are in plentiful supply here in Barcelona.

To add to the fun, all of the images were taken on Kodak Ektar 100 or Portra 400, and processed at home using a Tetenal C41 kit. It is now so hot here that the main challenge in developing was to get the chemicals down to 30c before starting, adding probably another layer of uncertainty. 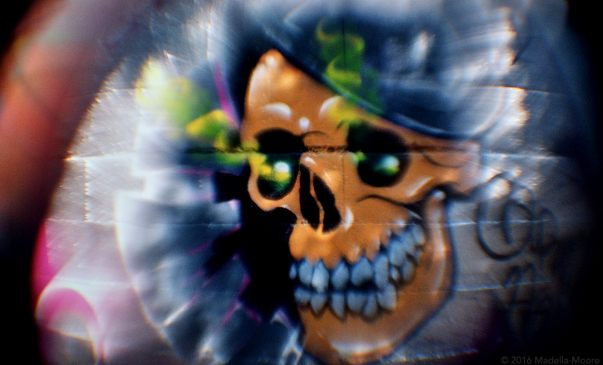 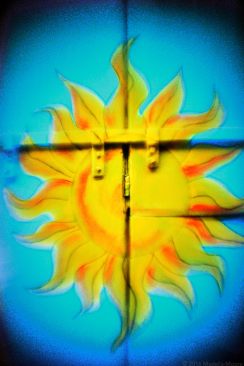 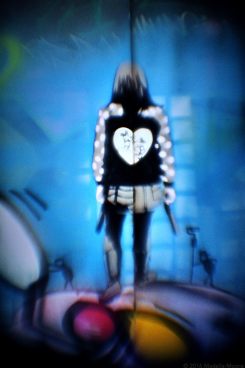 The modified lens is much harder to use on more conventional scenes, particularly when shooting wide-open where almost nothing is in sharp focus. However, the images can take an otherwise mundane scene and turn it in to something more dream-like: 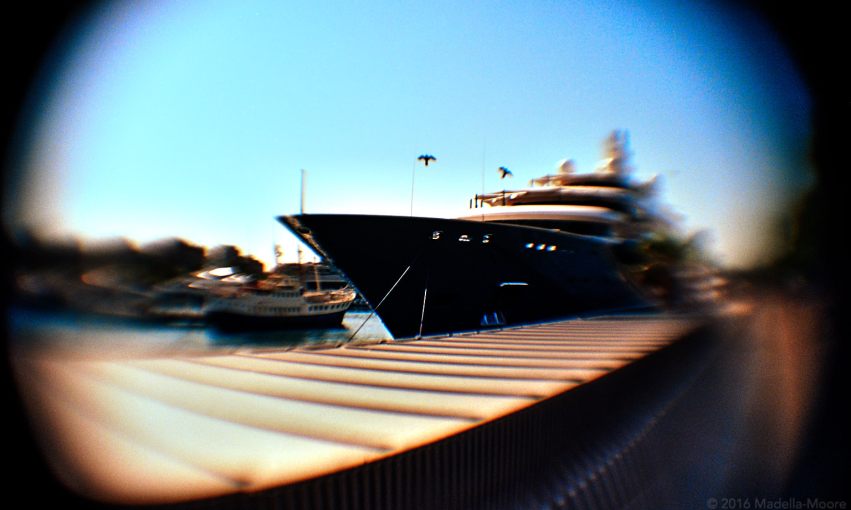 It is also possible to use the lens for street photography. This turns out to be extremely hard, partly because the Minolta’s shutter is as unsubtle as the above charging mammoth, and partly because the region of sharpness in the image is very small and central. It is also difficult to focus the lens quickly – the X300 has no depth-of-field preview, and so the viewfinder always shows the most distorted and soft view with the lens wide-open.

The results are interesting, but probably not the best application for this particular lens:

So overall, a fun and interesting experiment – and something which is an ideal short project for the August holidays.