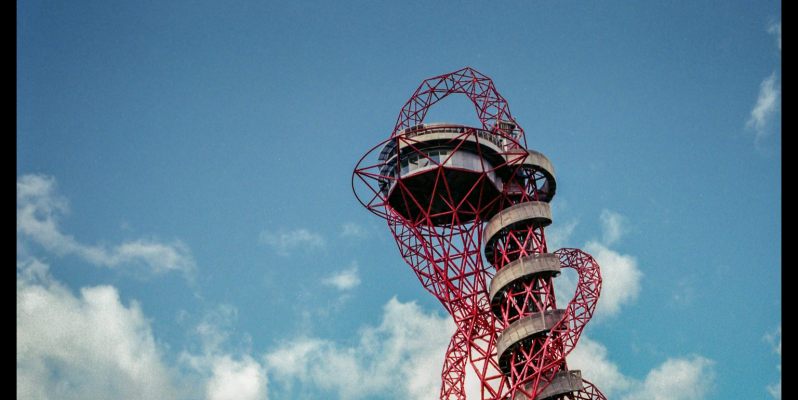 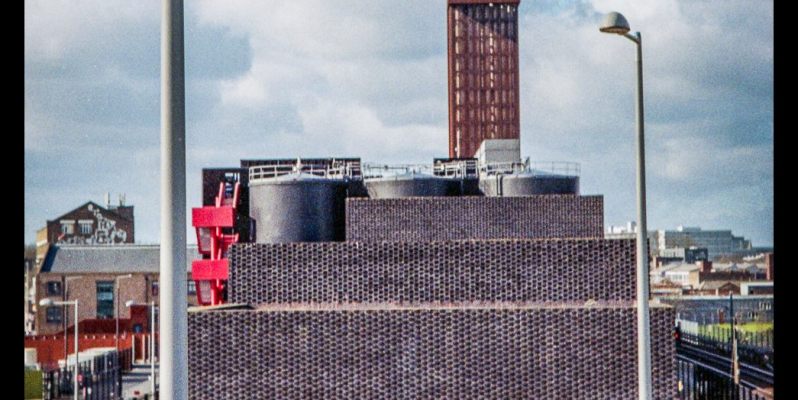 Urban architecture alongside Queen Elizabeth Park, Stratford, London. A rather odd image, but I quite liked the way that the lamp-posts framed the building. 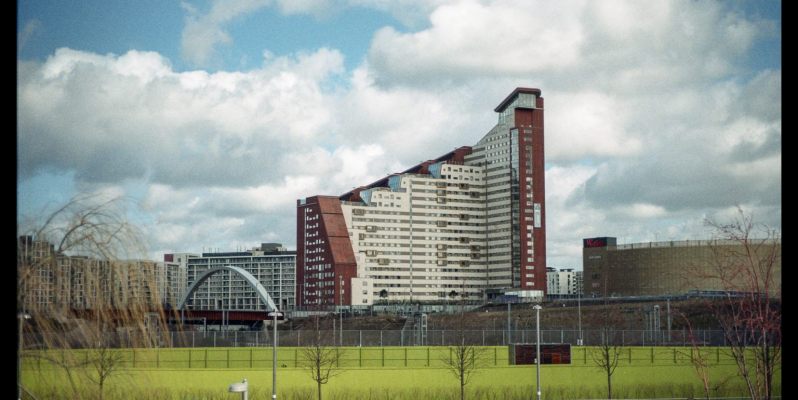 The Stratford “ONE” student accommodation building, Westfield Avenue, Stratford. The amount of new building going on in Stratford is astonishing, and it very much follows the standard UK model of replacing older industrial units with expensive residential and shopping developments. Although somewhat architecturally controversial, I think that the building is more interesting for its implicit statement about British society.

Stratford I: Jonathan and the Giant Abacus 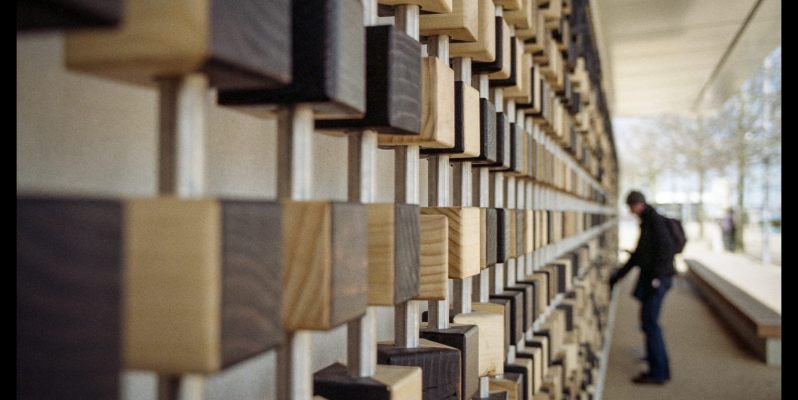 At least I think It is a giant abacus. I am not sure. Like an old computer, Its memory and display could well be One and the Same… Queen Elizabeth (Olympic) Park, Stratford. Taken with the M7 and Zeiss C-Sonnar, some very expired film, and way too much bokeh. It has taken much too long to upload these shots, taken over a long weekend in the UK. It is often stated that shooting film is a way to avoid time in the “digital darkroom” – but never have I had […]