The Pyramids of Mars 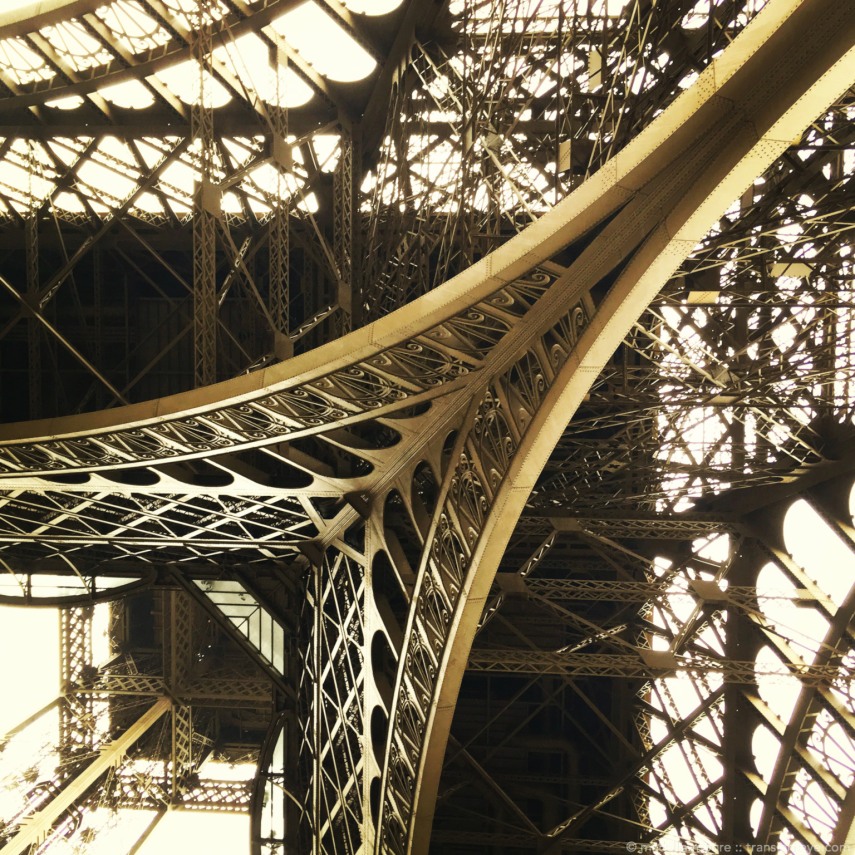 I really really debated as to whether or not to include an explicit photograph of the tower in this series – but the chance to legitimately use the title was too good to pass up :-)

It is very hard to figure out any way whatsoever to take an original photograph of the Eiffel Tower that has not been made a million times over – including this one. However, I was taken by the repetition of the basic shape of the tower from within its own structure – seen here looking up at one of the four huge support columns.

I also rather like the Instagram generated colour and blur, which I think adds both a late-19th century feel as well as a sense of yet another tacky tourist snapshot.